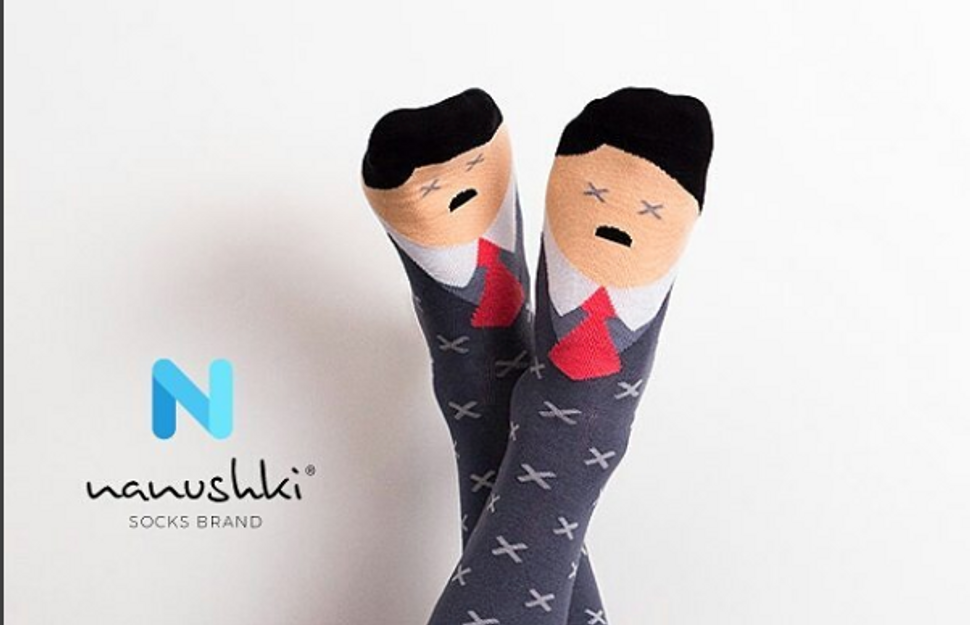 A Polish company is under fire for trying to sell socks that look like Adolf Hitler — and then trying to hide the evidence.

Nanushki, a company that specializes in friendly-looking socks, offers the footwear on its website. The company originally claimed that the “Adolf” socks were designed “to bring order in the socks drawer,” the New York Post reported.

The design was noticed by the the Auschwitz-Birkenau Memorial and Museum, who denounced the brand for using “one of the biggest criminals in history for marketing purposes.”

Afterward, the company renamed the socks from “Adolf” to “Patrick,” claiming on its website that Patrick was “a broker, financier, businessman and philanthropist” who “definitely does not like to talk about his past, though in the depths of his cotton soul he longs for a time when everything was simpler.”

They did not totally eliminate traces of the socks’ Nazi past — the file names of the photos on the website are still titled “Adolf Socks” and “Hitler Socks.”

Ties between Poland and the global Jewish community have been severely strained in the past few months over a new law that criminalizes blaming the Polish people for Nazi crimes or using phrases such as “Polish death camps.” Poland’s Prime Minister was harshly criticized after he said earlier this month that the Holocaust also had “Jewish perpetrators,” a claim that he later walked back.