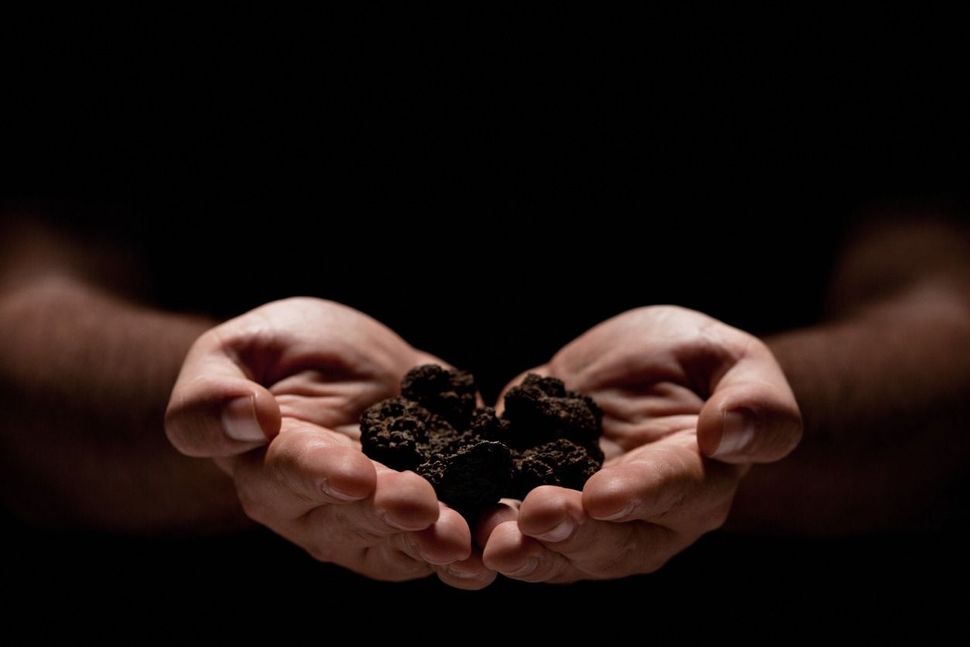 (JTA) — Researchers in Israel said they have succeeded in cultivating commercially desert truffles whose market price reaches $120 per pound — slightly less than the cost of silver and four times that of uranium.

The researchers from the Ramat HaNegev Desert Agriculture Center in Israel’s south made a breakthrough in stimulating a symbiosis between the fungus Terfezia leonis, which occurs rarely and unpredictably in nature, and the common desert shrub Helianthemum sessiliflorum, Ynet reported Thursday.

It marks the first time that the truffle, a highly sought-after delicacy across the Middle East and beyond, has been cultivated, according to Ramat Negev. The researchers said farmers will be able to harvest in small areas unprecedented yields.

Both the fungus and its host shrub require little water and no fertilizer, making the cultivation of Terfezia leonis potentially Israel’s most cost-effective agricultural crop. Commercial cultivation by Israeli farmers may begin as early as next year.

Bedouins in Israel’s Negev region are occasionally able to extract small amounts of the desert truffle with their tracking skills. But the supply is scarce, unreliable and labor-intensive, the report said.

Ofer Guy, the scientiss responsible for the successful experiment, told Ynet that the shrub provides sugars necessary for the subterranean fungus – which in turn provides the plant’s roots with crucial minerals and especially phosphorus.

“In nature you’d need vast areas just to obtain the amount of truffles we grew in the experimental field,” he said.