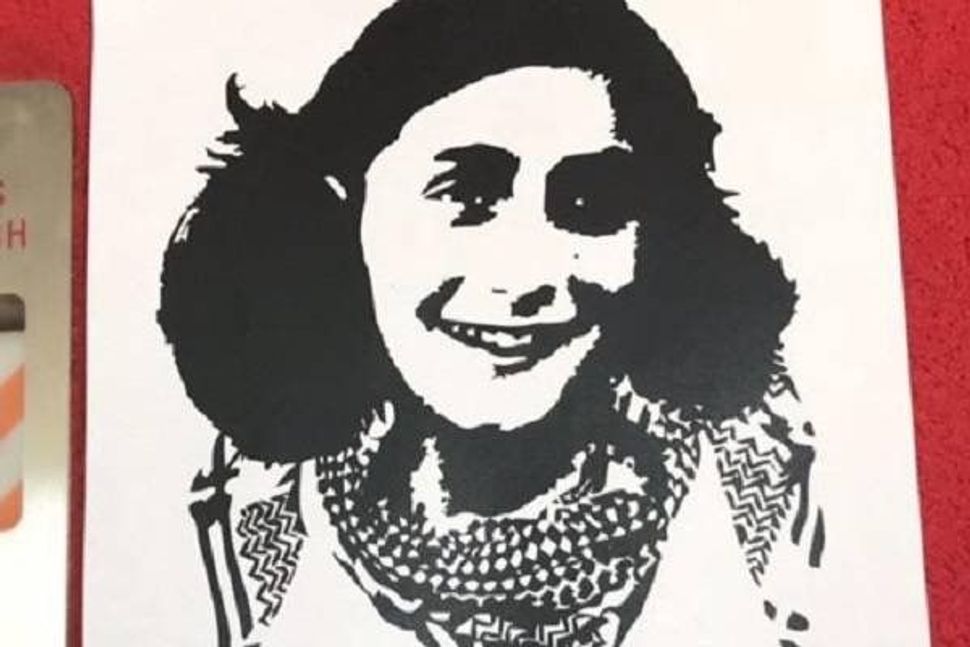 The picture was designed as part of the Palestinian Solidarity Committee at Witwatersrand University’s annual “Israel Apartheid Week.”

“This is a flyer that draws attention to the fact that the same racism, hardship and oppression that was faced by Jews during the Nazi times is now being directed towards Palestinians,” a student who helped design the photo tweeted.

The fliers have been posted in atleast 35 different locations around campus.

The South African Union of Jewish Students expressed “disgust” at the initiative, calling it “a gross form of cultural appropriation towards a figure that is symbolic of the plight of the Jewish people.”

One Jewish student accused the activists of “distorting history to fit their own political agenda,” adding that “using Anne Frank, a Jewish Holocaust victim, to promote a blatantly anti-Semitic agenda is as low as it gets.”

Shortly after Apartheid Week began on campus, phrases including “f**k Zionism” and “Zionism is racism” were found spray-painted around campus. The graffiti has since been removed, according to SAUJS.