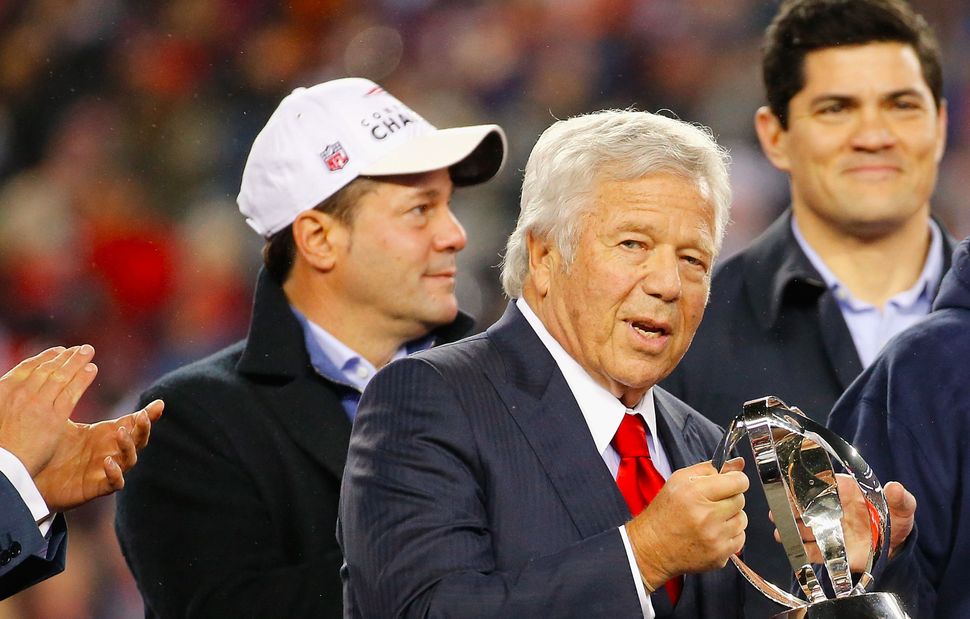 Residents of Parkland, Florida who were affected by the mass school shooting there last month were flown to the “March for Our Lives” gun control rally in Washington, D.C. with the help of New England Patriots owner Robert Kraft.

Kraft provided the official team plane for the families of the 17 victims of the shooting, as well as students who were injured, to attend the massive rally organized by classmates from Marjory Stoneman Douglas High School, the Boston Globe reported.

A team spokesman said that Kraft, who is Jewish, was inspired to lend his plane by former Rep. Gabrielle Giffords, who was shot by a gunman during a constituent meeting and now works as a gun control advocate.

The plane, dubbed the “AirKraft,” is one of two that the team owns. It flew the passengers to D.C. on Thursday and flew them back after the rally, which was attended by over 800,000 people. Kraft was not on the plane.

Kraft is a longtime friend of President Trump, an opponent of most gun control measures. Kraft donated $1 million to Trump’s inauguration, but also distanced himself from the president’s condemnations of football players who refused to stand for the national anthem, saying he was “deeply disappointed” by such comments.

Kraft is known for his philanthropy, and has given more than $100 million to charities in Boston and in Israel. He donated $1 million to the American Red Cross to help with its relief efforts after Hurricane Harvey in Houston last year, and once treated the family of a young Patriots fan who was killed in a terror attack to Super Bowl tickets.