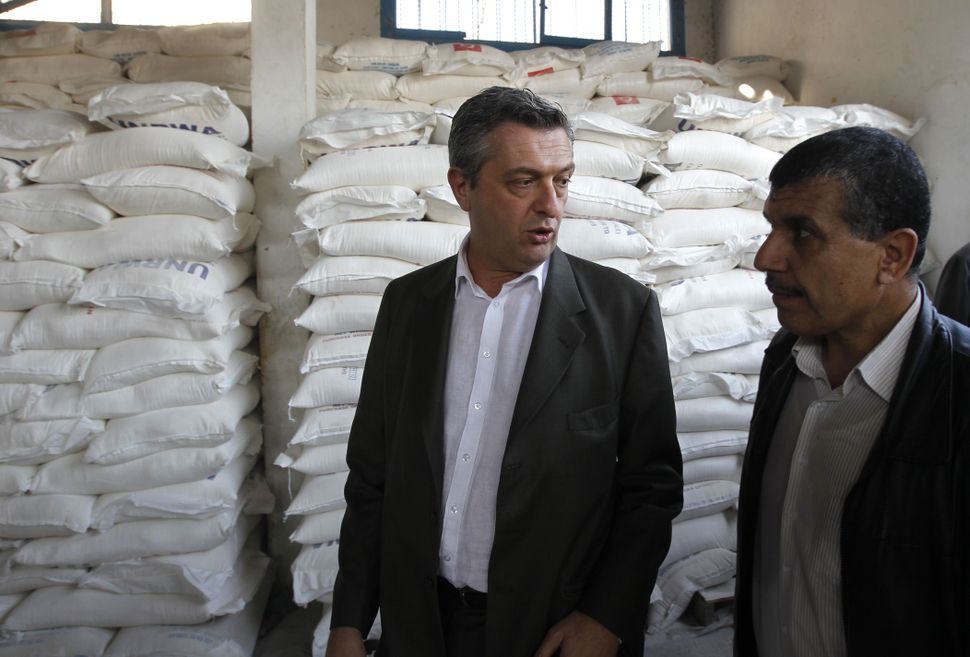 Commissioner General of the U.N. Relief and Works Agency, Filippo Grandi (left) listens during a visit to a U.N. supplies center after it was damaged in an Israeli airstrike in the northern Gaza Strip. Image by Getty Images

The United Nations said Wednesday it had been forced to lay off more than 250 Palestinian employees in Gaza and the West Bank and cut services after the United States slashed hundreds of millions of dollars in funding, the Washington Post reported.

The U.N. Relief and Works Agency, which provides assistance for Palestinian refugees, said it had cut 154 employees in the West Bank and 113 in Gaza. About 580 other staff members in Gaza will be moved to part-time contracts, and the budget for its community mental health services will be reduced.

The United States provided just $60 million for the agency this year, compared with $360 million last year. The reduction in funding came after President Trump criticized the money provided to the Palestinians even though they were “no longer willing to talk peace.”

The agency, which only handles Palestinian refugees and does not deal with refugees from the rest of the world, has said it may have to cut essential health and education programs and delay the start of the school year for the 526,000 children in its schools.

Despite cutting the agency’s funding, the Trump administration recently discussed initiatives to relieve Gaza’s economic crisis, as plans for peace talks get put on hold.