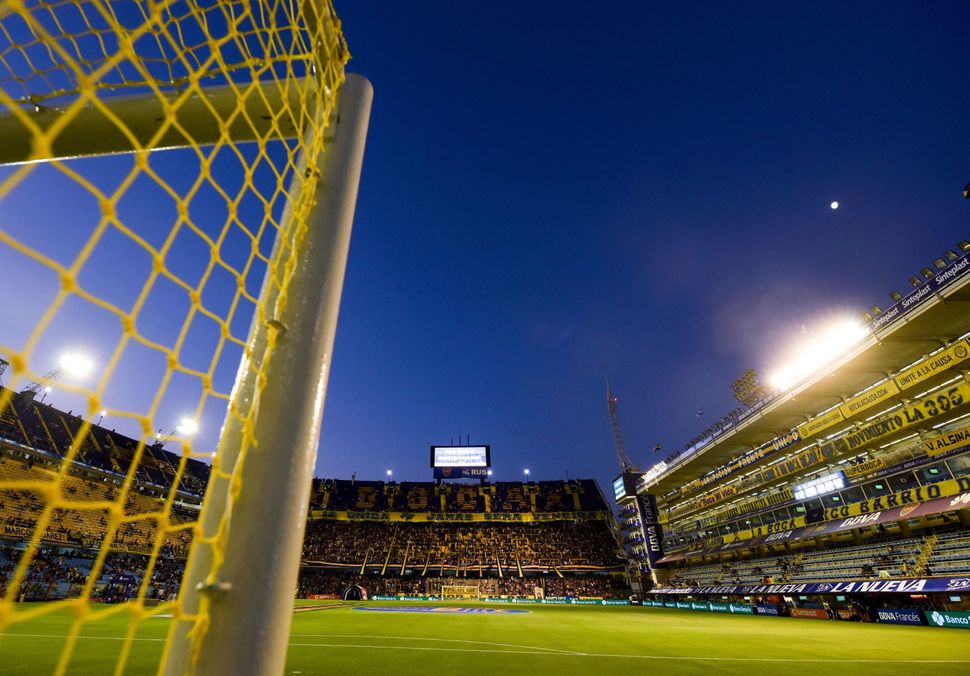 BUENOS AIRES, Argentina (JTA) — Twenty years after the inauguration of the first Kosher McDonalds outside Israel, Buenos Aires will be home to a kosher fast food stand – in a soccer stadium.

The stand will open next week in the Boca Juniors’ “Bombonera” stadium, a city landmark. Argentine soccer star Diego Maradona played for the team early in his career, leading the team to the league title in his first year on the team.

It is believed to be the first kosher fast food stand in a soccer stadium in Latin America.

“Bocasher” will open on August 8, when the Boca Juniors host Paraguay’s Libertad squad for the regional Libertadores cup.

Boca, a team founded in 1905, has played in the First Division since 1913, becoming the most successful team from Argentina, with 67 titles, 22 of them internationals cups. It is also the champion of the two last national first division league cups, the Superliga.

The initiative is led by Chabad Lubavitch of the La Boca neighborhood.For the last three years, Chabad emissaries have stood outside the stadium and offered visitors a change to put on tefillin, or phylacteries.

The stand will serve hamburgers, hot dogs and “choripan,” an iconic local sandwich made up of a grilled sausage called chorizo and the bread, which in Spanish is pan, at the same price of the non-kosher food at the stadium.