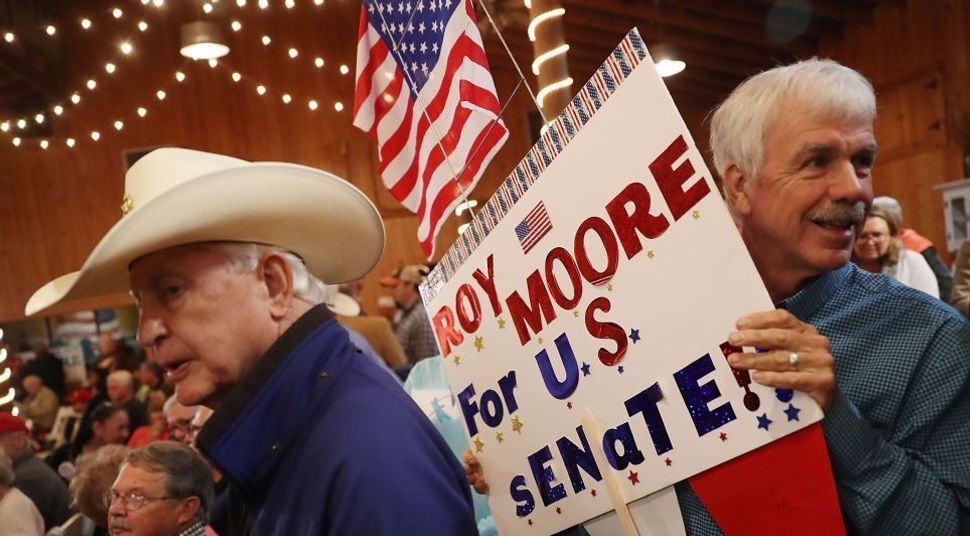 Roy Moore, the failed Senate candidate from Alabama, on Wednesday filed a $95 million lawsuit accusing Sacha Baron Cohen of defamation for duping him into appearing on the actor’s Showtime television series “Who Is America?”

Moore, a Republican and former chief justice of Alabama’s Supreme Court, also brought defamation claims against Showtime and its parent, CBS Corp, over a sketch broadcast on July 29 that appeared to portray him as a sex offender.

Moore lost his Senate race in Republican-dominated Alabama to Democrat Doug Jones last December after being accused of sexual misconduct toward women when they were teenagers and he was in his 30s. One woman said he tried to initiate sexual contact with her when she was 14.

The lawsuit said Baron Cohen’s show mocked him with a “false and fraudulent portrayal” that harmed Moore’s reputation and caused “severe emotional distress” to his family.

In the disputed sketch, Baron Cohen, disguised as a purported Israeli anti-terrorism expert Erran Morad, demonstrated what he said was a device for detecting pedophiles, which beeped when it came into Moore’s range.

Moore said he had been tricked into meeting Baron Cohen by being told he was receiving an award for his strong support of Israel, and that he never would have agreed to the interview in Washington, D.C., had he known that Morad was Baron Cohen.

Kayla Moore also made headlines by pushing back against anti-Semitism charges by claiming the couple had a “Jewish attorney.”—Reuters