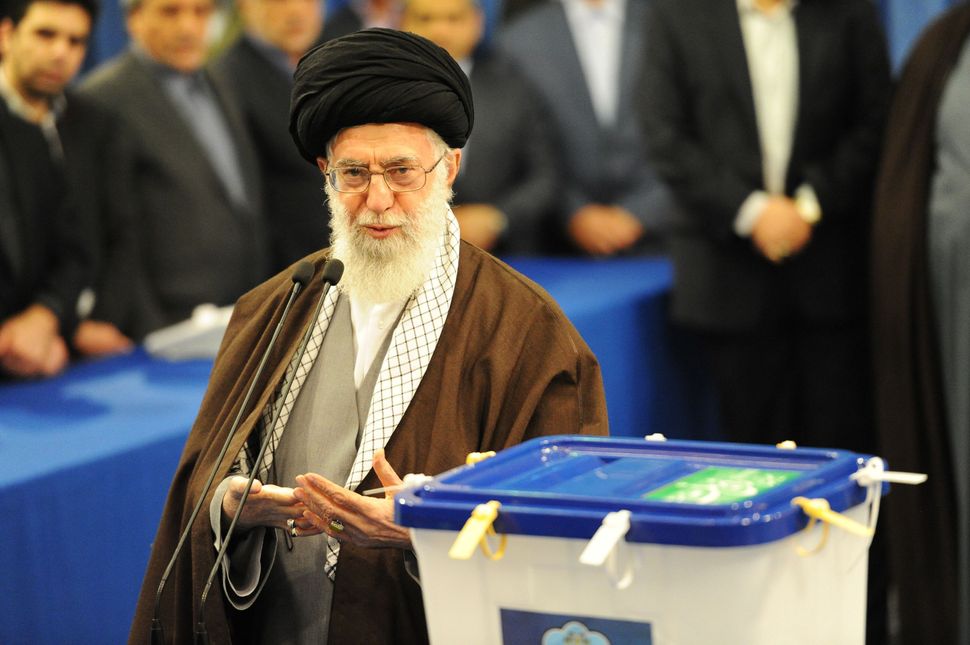 In the wake of the #MeToo campaign, Supreme Leader Ayatollah Ali Khamenei of Iran offered Western women a suggestion: Why not try a hijab?

Khamenei tweeted on Wednesday a dramatic video of prominent women who have experienced sexual abuse. It begins with a shot of Olympic gymnast Aly Raisman testifying against Larry Nassar, the former doctor of the U.S. Olympic gymnastics team convicted of multiple sex crimes. The video went on to feature other prominent victims of sexual misconduct, including Western politicians like Elizabeth Warren. Khamenei called this a “disaster.”

Near the end of the nearly two and-a half-minute video, he is shown delivering a speech offering a solution: the hijab, a religious head-covering worn by Muslim women.

“By introducing hijab, Islam has shut the door on a path that would pull women toward such deviation,” he says.

Unfortunately, women in Muslim countries are not free from abuse. In Iran, for example, where wearing the hijab is compulsory, sexual harassment is still prevalent. “Men aggressively stare at me, talk to me, call me names. I feel naked, and worthless,” one woman told the Guardian.

The #MeToo movement has also spread to the country, with people sharing stories on Twitter of rape and sexual assault, according to the Tehran Times.