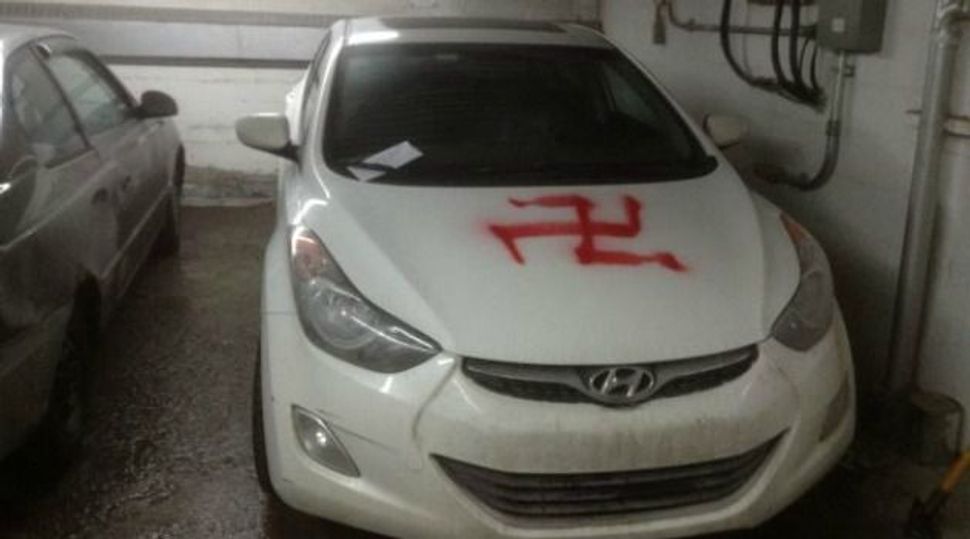 Since the 2016 presidential election, swastikas have been more prevalent in New York and New Jersey, Gothamist reported.

From 2016 to 2018, swastika vandalism rose 76 percent, according to the New York City Police Department. It also noted there was a notable increase after the Pittsburgh synagogue shooting in October. The hate symbols have been visible on train stations in Queens, parked cars in Brooklyn and a Jewish Community Center in Staten Island. A large one was drawn in the grass in Staten Island. Middle schools and colleges proved to be major targets, and many sidewalks and sculptures were defaced. People’s doors were tagged while they were home.

John Esmerado, an assistant prosecutor in New Jersey with experience in the matter, told Gothamist that swastikas were present in ten of the 21 bias crimes in Union County in 2018 — up from five such incidents the year before. There were only three in 2015.

New Jersey officials are missing data after 2016, when 70 incidences were reported. A spokeswoman for the New Jersey Attorney General said a plan will be put in place to record and release this information as it happens.

Drawing a swastika is a felony in New York State, Gothamist reported. In New Jersey, it’s called an “indictable crime” — punishment is on a case-by-case situation.