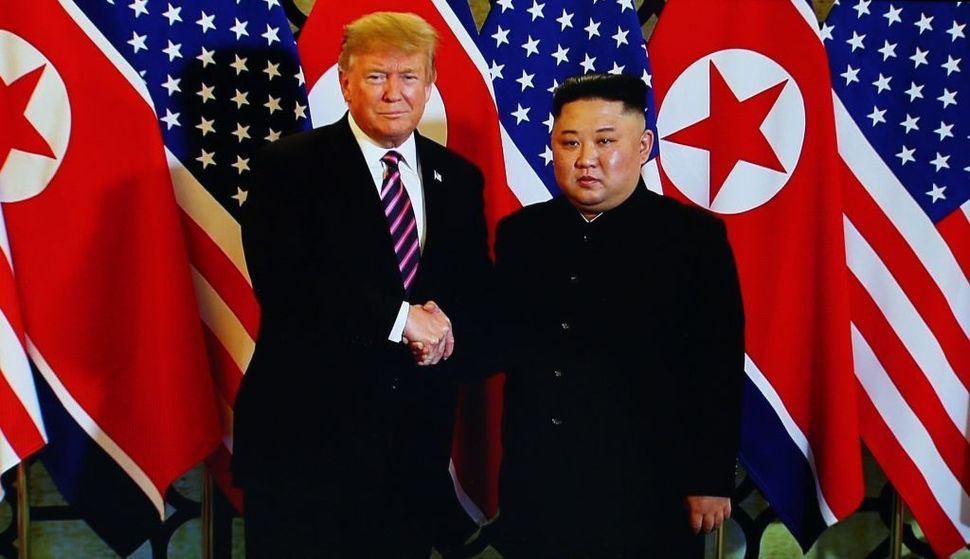 President Trump defended North Korean dictator Kim Jong Un on Thursday over the treatment of Otto Warmbier, an American student who was arrested in North Korea in 2015 and later returned to his family in a coma, from which he later died.

Speaking at a press conference after the end of a nuclear summit in Vietnam, Trump said he had spoken to Kim about Warmbier’s treatment. He said Kim feels badly about what occurred but that the dictator had only learned about the case after the fact.

“He tells me he didn’t know about it, and I take him at his word,” Trump said.

Warmbier, who was Jewish, was sentenced to 15 years of hard labor for allegedly stealing a propaganda poster while in the country. Korean authorities say that Warmbier contracted botulism; his family alleges that their son was “brutally tortured.” Warmbier’s American doctors said that he had severe brain damage.

Trump said when Warmbier returned in 2017 that the student was “tortured beyond belief.” He later credited the incident for instigating the first round of negotiations last year.

Warmbier’s parents won a $501 million lawsuit against the Kim regime, but are unlikely to ever collect.