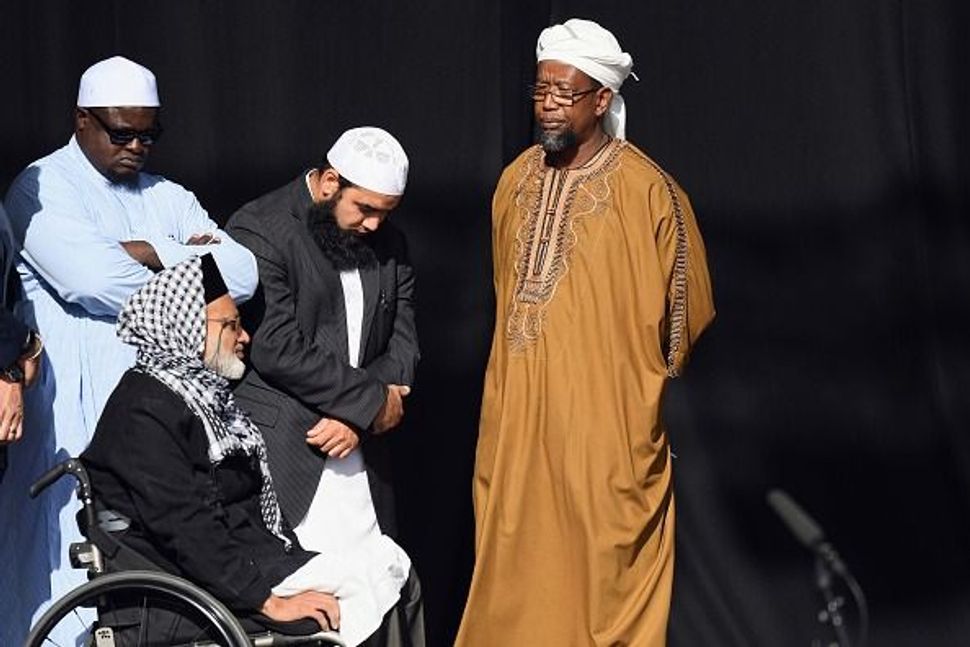 (JTA) — A Muslim community leader in New Zealand dismissed claims by the head of the country’s biggest mosque that Israel’s Mossad intelligence agency was behind the killing of 50 Muslims at two Christchurch mosques.

Mustafa Farouk, president of the Federation of Islamic Associations of New Zealand, referred in his statement Thursday to remarks made on March 23 by Ahmed Bhamji, chairman of the Mt Roskill Masjid E Umar mosque.

“Recent comments by an individual do not represent the views of the Muslims of New Zealand,” Farouk said.

The killings on March 15 were perpetrated by a 28-year-old gunman from Australia described in media reports as a white supremacist.

On March 23, Bhamji said during a sermon: “I stand here and I say I have a very very strong suspicion that there’s some group behind him and I am not afraid to say I feel Mossad is behind this.”