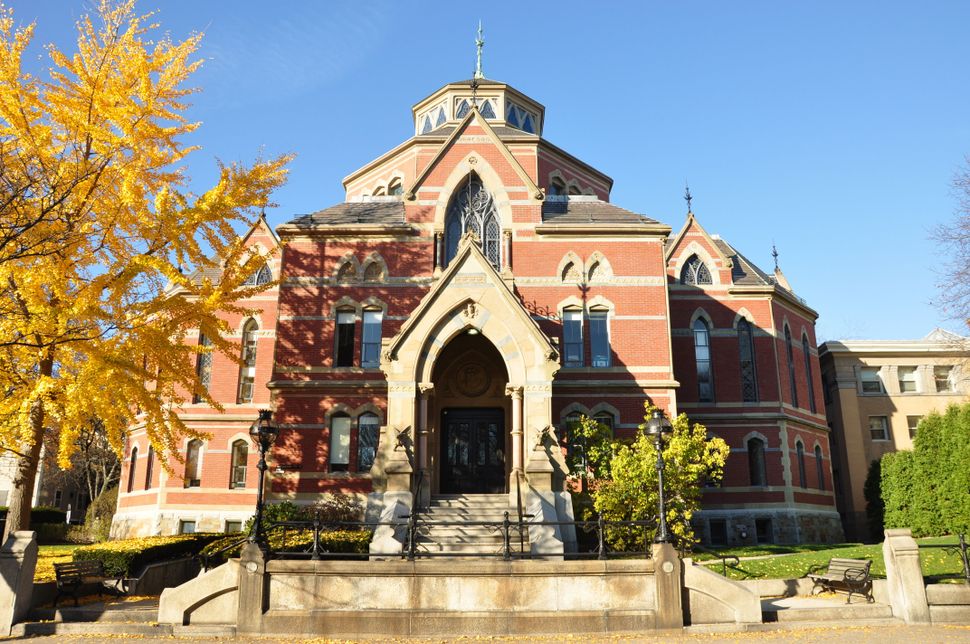 (JTA) — Protesters at Brown University who support divesting from Israel disrupted a welcome ceremony for next year’s freshman class including dropping informational leaflets from the balcony of an auditorium onto the participants.

Members of the incoming class of 2023 had just finished watching a promotional video about the university, as part of A Day on College Hill on Sunday, when the protesters began chanting, “Brown students voted yes on divest. Provost Locke: what’s next? End our complicity now,” the student newspaper The Brown Daily Herald, reported. They dropped leaflets describing Brown Divest and its mission. A video of the protest was posted on the Brown Divest Facebook page.

In March, Brown undergraduates voted in favor of a referendum to divest from Israel by a more than 2-to-1 margin.

The nonbinding measure proposes to “identify and divest from companies that profit from Israeli violations of human rights” and accuses the university of furthering actions that “engage in human-rights violations” for its cooperation with Israel or firms that work with Israel.

Brown University President Christina Paxson said she will not act on referendum, saying that the university should not embrace any of the planks of the BDS, or Boycott, Divestment and Sanctions movement against Israel.