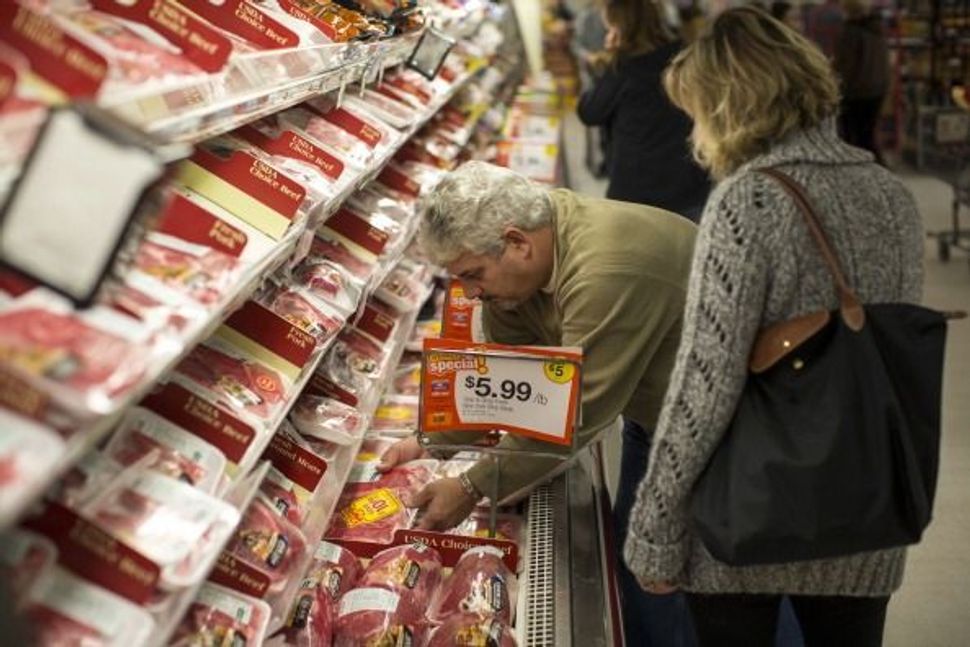 As Passover approaches, the Jewish community in New Haven, Connecticut is debating whether they should still do their pre-holiday shopping in the local grocery store with the most kosher options – but which is also subject to a strike by workers, the New Haven Register reported.

Employees at more than 200 Stop & Shop stores across New England have been on strike since Thursday, with many picketing in front of the grocery stores to protest cuts in the company’s contract proposal, according to the Connecticut Post.

Stores throughout Connecticut, Massachusetts and Rhode Island have been closed or cut hours in response. One location on Amity Road in New Haven, which local Jews said had one of the biggest kosher selection in town, was open Friday, but picketing workers lined the front entrance.

“I’m lucky in that I happen to have done a lot of my Passover shopping,” Rachel Bashevkin, who is on the board of Congregation Beth El-Keser Israel, told the Register. “To buy the rest I won’t cross the picket line.”

The synagogue’s spiritual leader, Rabbi Jon-Jay Tilsen, said in an email, “Any food purchased by crossing a picket line or from scab workers is not kosher for Passover….[It is] a matter of well-established Jewish law.” This contention has been both supported and opposed by rabbis online.

Jews who typically go to Stop & Shop are considering other store options as they prepare for the eight-day holiday, which includes a ceremonial Seder meal on the first two nights. Local resident Barbara Zalesch said she was a “last-minute type of person” but would be going elsewhere: “I’m not going to walk past strikers so I can buy gefilte fish.”