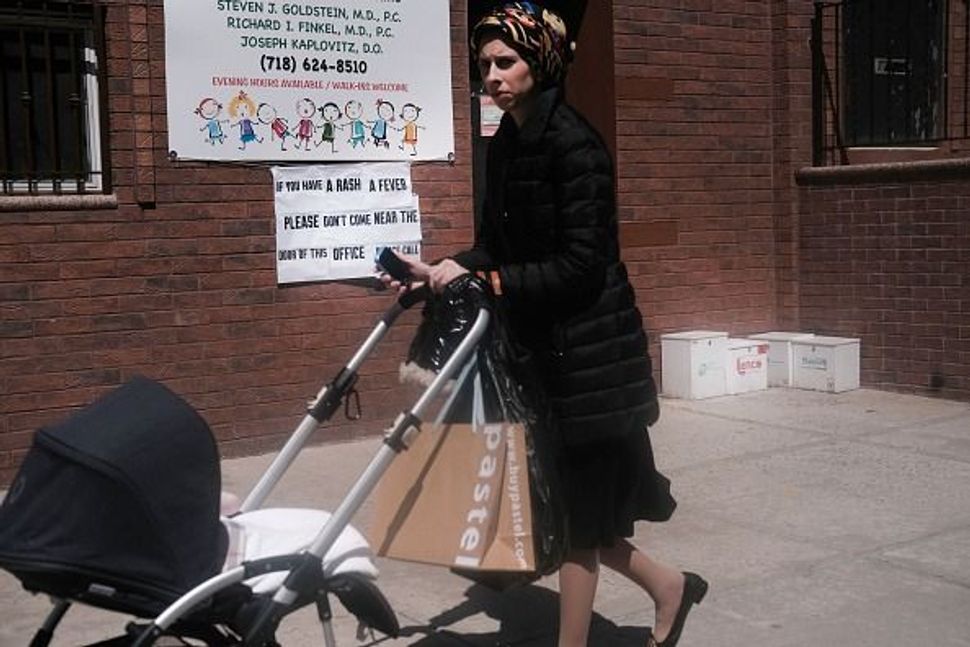 Orthodox Jewish community in Williamsburg, a neighborhood in Brooklyn. Image by Getty Images

A man unknowingly infected 39 people with measles when he traveled from an ultra-Orthodox Jewish community in Brooklyn to Michigan to raise money for charity, The Washington Post reported.

The man, referred to as “Michigan’s Patient Zero,” had stayed in private homes, attended synagogue and shopped in kosher markets, spreading the contagious respiratory virus as he traveled. He felt sick along the way, according to the Post, and saw a doctor in Detroit. The doctor had never encountered measles before and originally diagnosed the man with bronchitis.

The situation proves just how quickly measles can spread through insular communities.

New York is experiencing the largest measles outbreak in recent history. It’s mostly affected insular Orthodox Jewish areas, where misinformation about vaccination has spread. According to the New York City Department of Health and Mental Hygiene, 329 cases of measles have been confirmed since last October.

States of emergency have been called in Brooklyn and heavily-Jewish areas of suburban Rockland County, and rabbis have urged community members to vaccinate their children. Nevertheless, some continue to abstain.