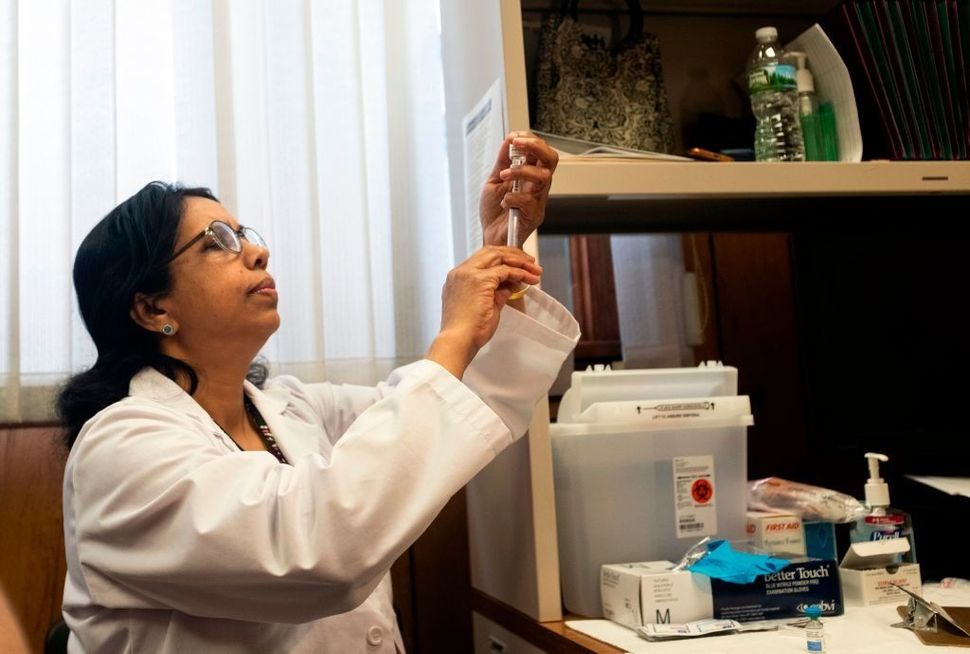 If the number of reported measles cases continues at its current pace — an average 4.84 new cases each day — it could eclipse the record set in 2014 of 667 cases by June.

Measles has become a global problem. There are ongoing outbreaks in Israel and the Ukraine.

Last month, Rockland County, a suburban area north of New York City home to tens of thousands of Hasidic Jews, declared a state of emergency, barring unvaccinated minors from being in public spaces for 30 days. But a lawsuit filed by parents at a Waldorf school in the area led a judge to strike the ban down with 20 days left to go.

Anti-vaccine parents have compared their being targeted by health officials to the persecution faced by Jews during the Holocaust. One woman wore a yellow star to a protest of the Rockland County ban.

In Rockland County, the outbreak is hitting Hasidic communities that are receptive to misinformation about vaccines, with some even going so far as to defy their rabbis, who urge them to vaccinate.

A group called PEACH — Parents Educating and Advocating for Children’s Health — is discouraging vaccination through a hotline and magazines. Rabbi William Handler of Brooklyn insists — contrary to established medical consensus — that there is a connection between the measles vaccine and autism, Vox has reported.

The outbreak has also caught the county’s Latino community off guard, since many of them work in Hasidic homes as domestic workers, yet were not broadly informed about the outbreak.

To learn more about how this outbreak evolved, read these stories from the Forward: