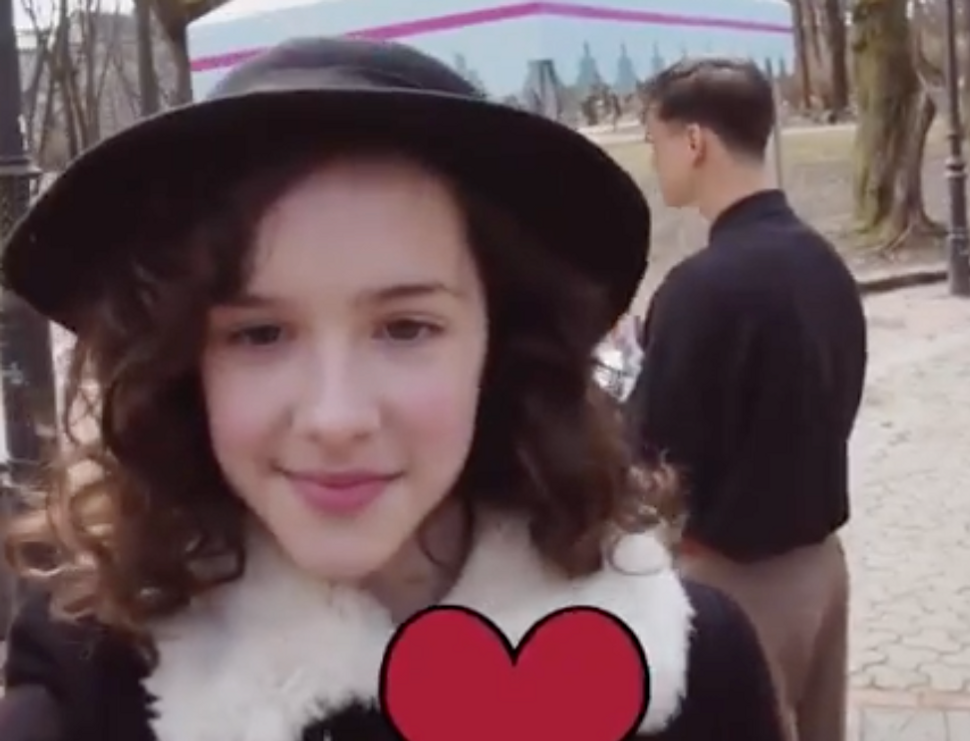 A new Instagram account is dedicated to educating younger generations about the Holocaust, the Associated Press reported.

Eva. Stories is based on the journal of real 13-year-old Jewish victim Eva Heyman, one of the 6 million Jews who perished in the Holocaust. Mati Kochavi, an Israeli high-tech billionaire and descendent of victims, survivors and educators, started the account as a new, creative way to share witnesses’ stories, according to AP.

“If we want to bring the memory of the Holocaust to the young generation, we have to bring it to where they are,” said Kochavi, the project’s co-producer. “And they’re on Instagram.”

Kochavi and his daughter, Maya, created 70 Instagram stories to share Heyman’s story. It begins in the spring of 1944, when the Nazis invaded Hungary, and are made to look as if she were documenting World War II with her own smartphone. A full feature of her story was shown Wednesday, Israel’s Holocaust Remembrance Day.

The trailer asked: “What if a girl in the Holocaust had Instagram?” It begins with “cellphone footage” of Heyman’s life with friends and shows a snippet of the fateful end, when Nazis forced her family out of their home and shuffled them to the Auschwitz death camp.

Just as older generations connected to Anne Frank’s diary, Maya Kochavi said Heyman is the kind of girl “a modern kid in 2019 could connect to.”