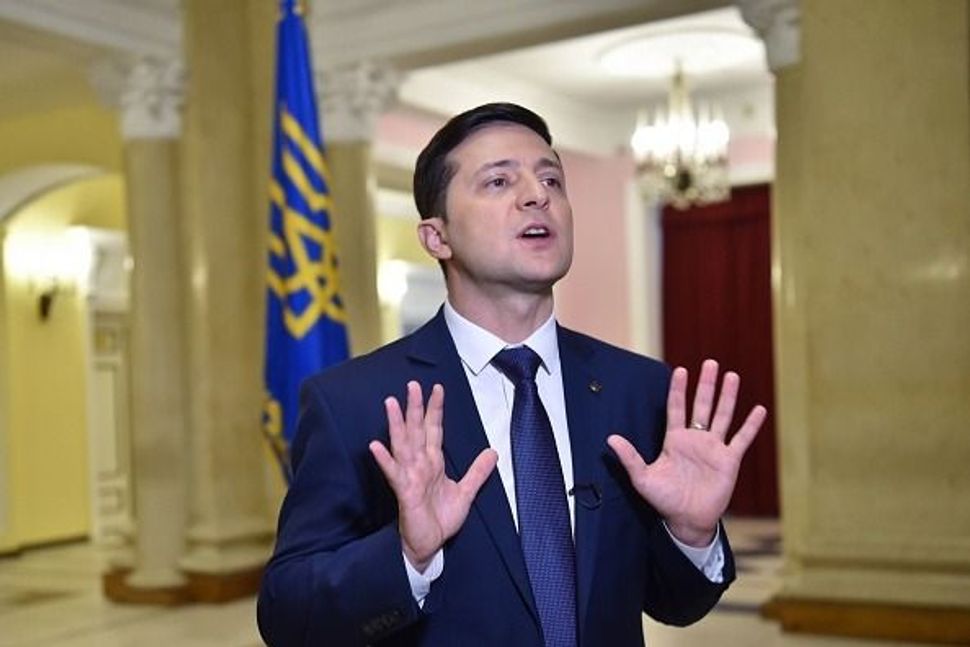 Sergei Glazyev’s blog post was posted to a nationalist website the same day that Zelensky met with top Ukrainian Orthodox Jewish rabbis, according to the Times. Zelensky is Jewish.

“I don’t rule out, for example, the possibility of a mass movement into southeast Ukrainian land ‘cleansed’ of the Russian population by the inhabitants of the Promised Land tired of permanent war in the Middle East,” Glazyev wrote on Monday.

Since 2014, the Russian government and media have called Ukraine’s liberal leadership “Nazis” trying to drown out Russian leaders, according to the Times.

Putin recently ordered residents of southeastern Ukraine to more quickly get Russian passports, which Glazyev said “could be quite timely” for Russian leaders in the areas seeing rising tensions.

The Kremlin said on Tuesday that the piece represented Glazyev’s “personal opinion” and will not comment further.

Volodymyr Zelensky, a Ukrainian actor known for playing the country’s leader, won the country’s presidential elections last month. Ukraine has become the first country whose president and prime minister are both Jewish, besides Israel. Zelensky will soon serve with Volodymyr Groysman, who has been prime minister since 2016.