How Do You Say ‘Trump Town’ In Hebrew? Here’s What Israel Might Name After Him 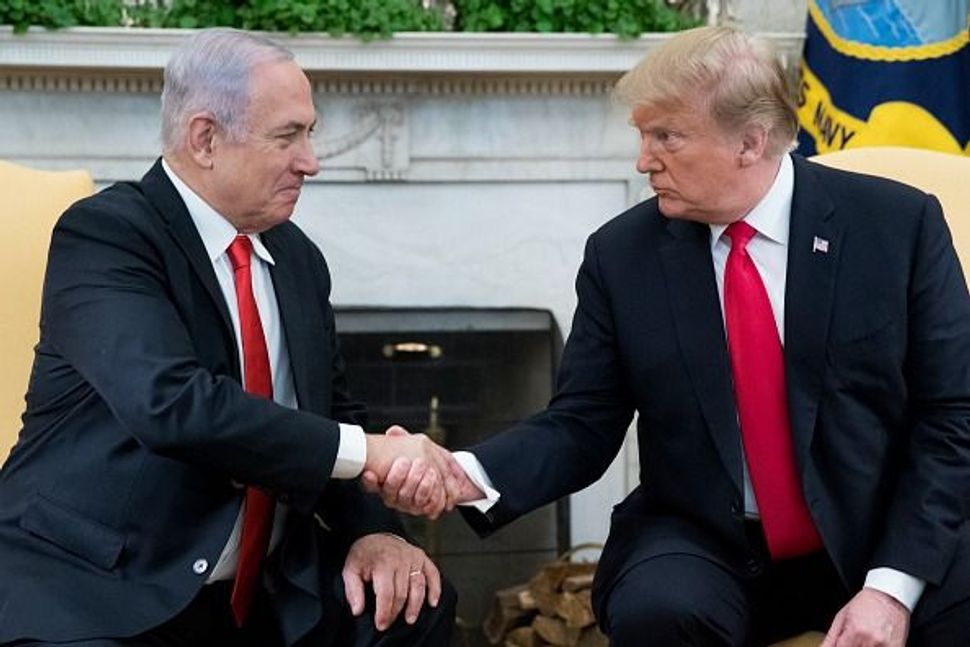 President Trump is feeling the love in Israel. He’s become very popular due to his support for Israel, most notably recognizing Jerusalem as Israel’s capital and moving the United States embassy there. Now, several sites around the country could soon bear his name.

The idea to honor the U.S. president may have first come up in December 2017, when Acting Foreign Affairs Minister Yisrael Katz proposed naming a train station in Jerusalem — “the most important national project being advanced today at the ministry of transport” — after him.

Katz said he thought to add Trump’s name for his “contribution in the strengthening of the status of Jerusalem as the capital of the Jewish people and the state of Israel.” He called it a “courageous and historic decision.”

The official announcement of the naming was said to have been made last week, on Israel’s Independence Day.

Israeli Prime Minister Benjamin Netanyahu announced last month that he wanted to form a new community in the Golan Heights and name it after Trump, after he recognized the area as part of Israel. On Monday he said he landed on a location and will submit it for official approval once the new government is formed.

“All Israelis were deeply moved when President Trump made his historic decision to recognize Israel’s sovereignty over the Golan Heights,” Netanyahu said in a video posted to his YouTube page. “Therefore, after the Passover holiday, I intend to bring to the government a resolution calling for a new community on the Golan Heights named after President Donald J. Trump.”

Petach Tikvah, a city outside of Tel Aviv, plans to name its town square after Trump in July.

Mayor Rami Greenberg said the dedication was decided “in gratitude to and appreciation to the president for his unwavering support of Israel.” It will be official July 4, following renovations. The town square will likely be the first site to name a location after Trump, which Greenberg called “a great honor for Petach Tikvah.”

And, if Construction Minister Yoav Gallant has his way, there will be a new quarter for country’s embassies in Jerusalem — named “Trump Town.”

Last year, Gallant asked the ministry to begin looking for a site.

“There is an apparent pattern of embassies moving to Jerusalem, and we have to start getting ready now,” he said. He initially suggested calling it “Embassy Town” before landing on “Trump Town” in honor of Trump’s decision to move the U.S. embassy to Jerusalem. After he did so, the Czech Republic, Romania and Honduras all elected to move their embassies.

How Do You Say ‘Trump Town’ In Hebrew? Here’s What Israel Might Name After Him