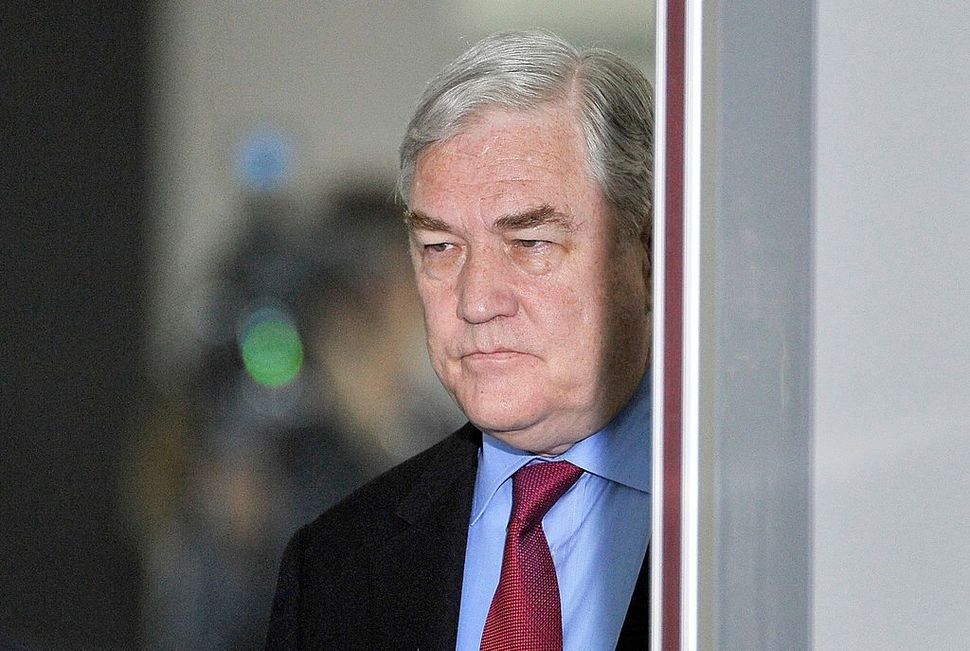 President Trump issued a full pardon on Wednesday night to Conrad Black, a Canadian newspaper mogul who was convicted in 2007 of fraud and obstruction of justice.

Black has said he is a friend of Trump’s and wrote a book last year called “Donald J. Trump: A President Like No Other.”

Black has also written multiple op-eds defending Faith Goldy, a white nationalist who ran for mayor of Toronto in 2018. Goldy has proclaimed the “14 words” white nationalist slogan, appeared on the podcast of the neo-Nazi website The Daily Stormer, spread fears about the myth of “white genocide,” once promoted a book about eliminating “the Jewish menace,” and was banned from Facebook in April 2019 as part of a purge of “alt-right” figures.

Nonetheless, a few weeks after the ban, Black wrote a piece claiming that Goldy was not a white supremacist, just someone who “doesn’t want anti-white militants exercising excessive political influence in Canada.”

A few days after the August 2017 “Unite the Right” rally-turned-riot in Charlottesville, Virginia, Black wrote that the events there “started as a reasonable civic demonstration by Southern traditionalists who were not hostile to African-Americans but object to the shamed renunciation of a great American heroic and folkloric figure” upset by the city’s decision to remove a statue of Confederate general Robert E. Lee. He also claimed that Virginia’s Democratic governor ordered law enforcement to “ensure that a serious fracas occurred.”

In fact, the rally was organized by several white nationalist leaders with explicitly racist views, and several attendees have since pleaded guilty to going to the march with the express purpose of causing a riot.

Black was found guilty in 2007 of attempting to embezzle millions of dollars from newspapers he owned, though two of his three fraud convictions were later voided. He was also ordered by the Security and Exchange Commission to pay back $4.1 million in restitution and banned from being a director of an American company.

“Lord Black’s case has attracted broad support from many high-profile individuals who have vigorously vouched for his exceptional character,” the White House said in a statement.

Among the papers Black owned was The Jerusalem Post, until his company sold it and other in 2004 after the accusations of embezzlement first arose.

Trump has used his clemency powers a few times before; for example, in 2017 he commuted the sentence of former kosher meat mogul Sholom Rubashkin, who was convicted of bank fraud, and in 2018 he pardoned former George W. Bush administration official Scooter Libby, who was found guilty of obstructing an investigation into who blew the cover of C.I.A. agent Valerie Plame.