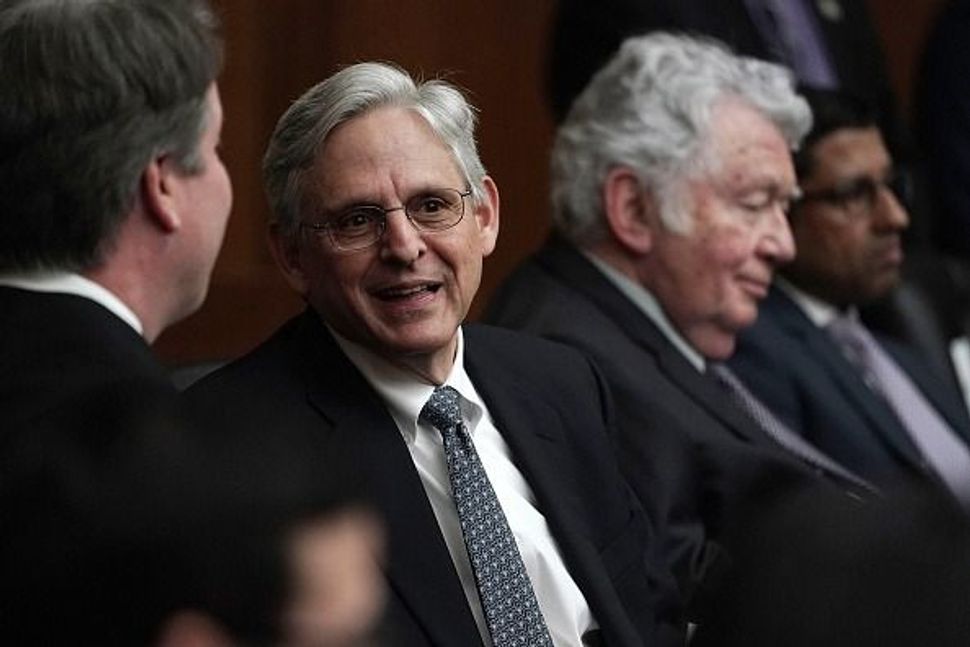 President Trump’s legal efforts to keep his financial records sealed will go to the D.C. Circuit Court of Appeals — where the chief judge is Merrick Garland, HuffPost explained Monday.

A federal judge ruled on Monday in favor of the House Oversight and Reform Committee’s subpoena of president’s records from an accounting firm, Politico reported. Trump attorney Jay Sekulow promised they would appeal – leaving the case in a court system run by Garland.

It’s possible Garland won’t hear the appeal, as cases are heard by three randomly assigned judges, according to HuffPost. In some cases, though, the full court could still be called on.

When Republicans thought they had seen the last of Merrick Garland but he heads up the court that’s hearing Trump’s tax appeal. pic.twitter.com/vcHwKgmLYK

I wish I could say revenge is a dish best served cold, but Merrick Garland is a consummate legal professional who I’m sure will do everything possible to avoid the appearance of any bias.

Which, you know, would have been a great reason to have him on the Supreme Court. https://t.co/o9M0mLkh0K