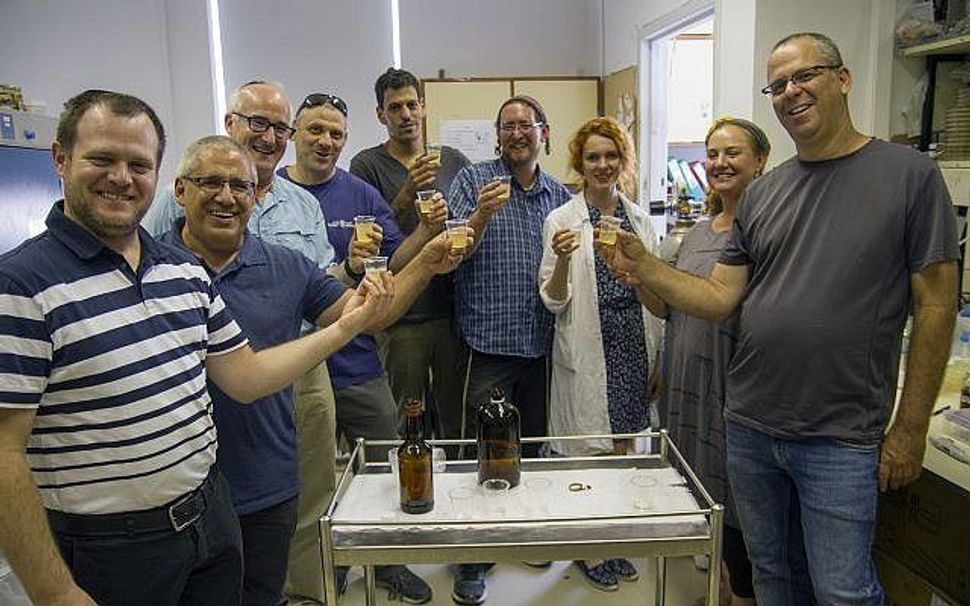 Israeli scientists were able to brew beer from ancient strains of yeast excavated from archaeological sites, with one flavor coming from a 5,000-year-old sample, the Times of Israel reported.

A group of scientists led by biologists from the Hebrew University of Jerusalem, as well a local brewmaster, were able to sequence the DNA of six yeast varieties from 21 shards of beer or wine vessels excavated from sites once populated by ancient Philistines, Canaanites, Egyptians, or Judeans – and then use the yeast to brew beer in their labs.

“This is the first time that living yeast were actually extracted, identified and recreated from ancient pottery vessels, and furthermore, they were used in producing alcoholic beverages that were consumed in ancient times,” Israel Antiquities Authority archaeologist Yitzhak Paz told the Times of Israel. “This groundbreaking research opens ways to other endeavors that will identify ancient remains of foodstuffs in ancient vessels and will recreate them.”

“It was fun for us to work for a change in such a multidisciplinary environment of biologists, archaeologists and crazy beer makers — not to mention also all the beer and fun alongside the research,” added Hebrew University biologist Ronen Hazan.

The research can be used not only to bring back other ancient drinks and eventually foods, but could also shed light on the evolution of human diets and microorganisms in our digestive systems.

Hazan told the Times that Hebrew University’s R&D division is now looking for investors to commercialize their new – or rather, old – beer varieties.