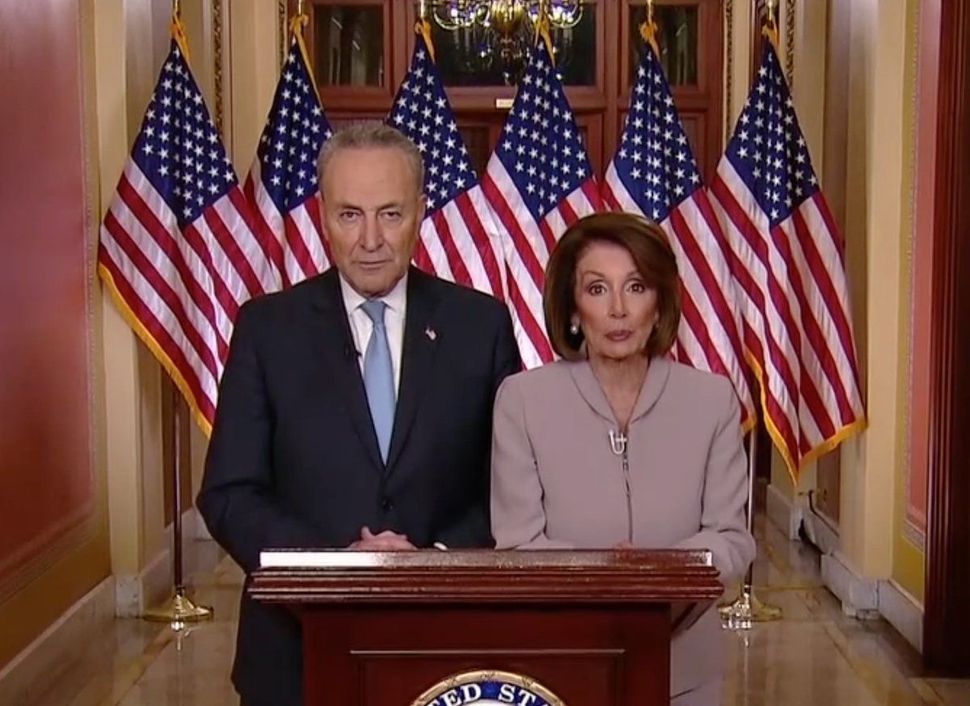 The president met with the Democratic duo to talk about infrastructure, but the meeting only reportedly lasted 20 minutes before Trump stormed out to do a press conference.

“To watch what happened in the White House would make your jaw drop,” Schumer said. “We went to the White House to talk to President Trump about infrastructure, but he threw a temper tantrum and walked out of the meeting.”

Schumer said that Trump also claimed that he wouldn’t work with Democrats until they end the investigations against him.

“Hello, there were investigations going on three weeks ago when we met. And he still met with us. But now that he was forced to say how he would actually pay for [infrastructure], he had to run away,” Schumer said. “It’s clear this was not a spontaneous move on the president’s part. It was planned.”