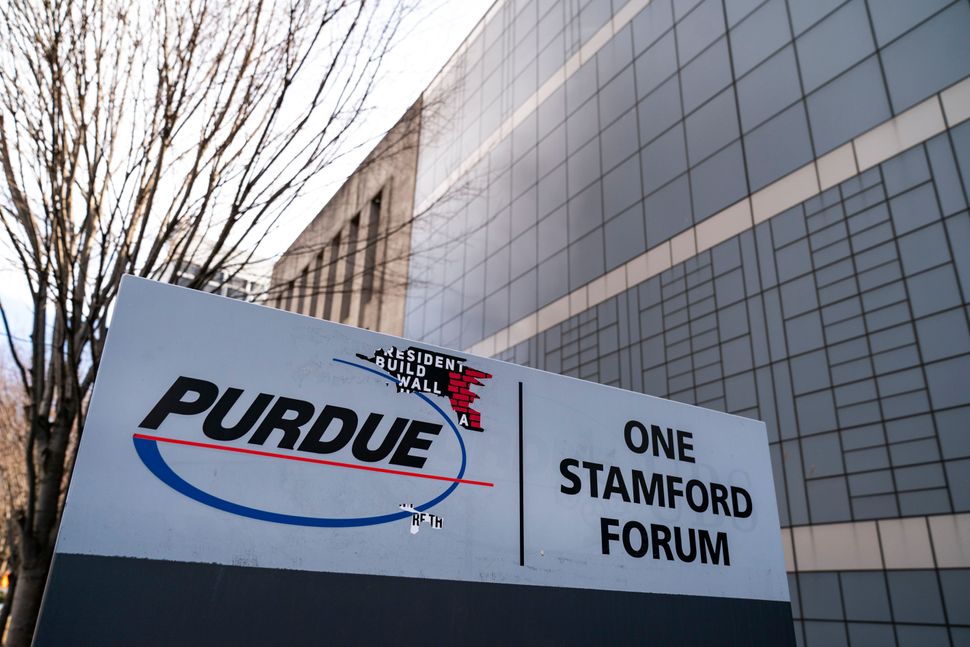 The headquarters of Purdue Pharma, the pharmaceutical giant owned by the Sackler family, in Stamford, Connecticut. Image by Getty

Purdue Pharma, the pharmaceutical company owned by the Sackler family that lied about the addictiveness of its drugs and fueled a national health crisis that has claimed 400,000 lives, is currently the subject of over 2,000 lawsuits in the U.S.

The company can now add Italy to its list of woes, as detailed in a report from the AP.

Purdue’s international arm, Mundipharma, is among a slew of pharma companies whose managers gave kickbacks to an Italian doctor as he pushed millions of dollars worth of painkillers into Italy — a group that the doctor nicknamed “The Pain League.” It is the first known overseas case where employees of the Sackler pharma empire have been criminally implicated in efforts to push their opioid products.

According to documents reviewed by the AP, Dr. Guido Fanelli used the classic Big Pharma method — writing papers, organizing conferences, pushing back on government warnings on opioids and going on about an “epidemic of pain” — to increase sales of opioid painkillers in Italy.

Wiretaps on Fanelli laid by Italian police show pharmaceutical executives using that playbook in Italy years after the addictiveness and deadliness of prescription painkillers had become not just obvious to the companies, but the center of a national media frenzy in the U.S. Police named the operation “Pasimafi,” reportedly after the name of the yacht Fanelli bought after receiving the kickbacks.

Two executives from Mundipharma took plea deals in January after being accused of paying Fanelli to increase sales of prescription painkillers. Mundipharma says it does not admit any wrongdoing.

Police say that Fanelli received roughly half a million dollars from Mundipharma and about $700,000 from another pharmaceutical company in cash payments made to shell businesses Fanelli set up. Sometimes, “bustarella” — envelopes stuffed with cash, a favored payment method of Italian organized crime groups — would show up for Fanelli at his hospital.

“I created a system,” Fanelli said, according to police. “That is the business of pain.”

Recently, the Sackler family has faced significant blowback as the extent of its members role in pushing opioid painkillers into the American market have been laid bare. In May, the New York City Metropolitan Museum of Art refused a donation from a Sackler source. The National Portrait Gallery, as well as the Guggeinheim and Tate museums have also rejected Sackler money. Presidential candidate and U.S. Senator Elizabeth Warren has called for Harvard University to remove the Sackler name from several of its buildings.