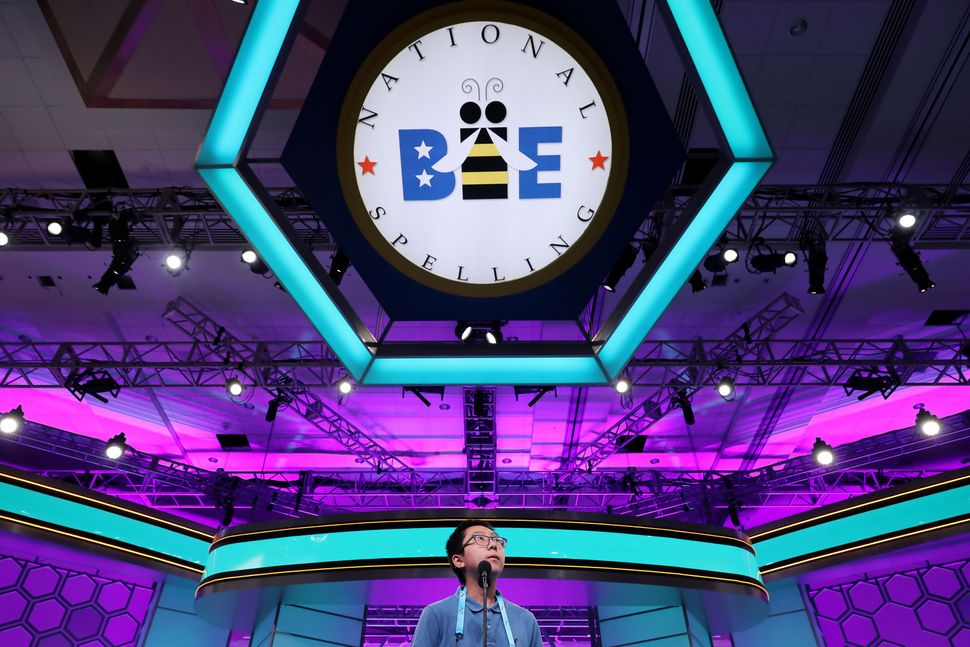 A contestant from this morning’s round of the Scripps National Spelling Bee. Image by Getty

The first word posed in competition this morning on the first day of the storied Scripps National Spelling Bee was “yiddishkeit,” a beloved phrase from Yiddish that sums up Ashkenazi Jewish culture in a manner akin to the term Americana.

More technically, the word means “Jewish character or quality,” “Jewish way of life” or “Jewishness,” according to the Merriam-Webster dictionary.

The first word this morning at the Scripps National #SpellingBee finals: Yiddishkeit. Excited to see what other Hebrew and Yiddish words pop up in this year’s competition. pic.twitter.com/vwK2v7XnBQ

The contestant who got the word asked its language of origin right away. “Yiddish,” was the answer, of course.

“I don’t know what I expected,” he deadpanned in response.

“Yiddishkeit. Can I have the language of origin?”

Yiddishkeit is used to refer to things that just ooze Jewishness — specifically Ashkenazic/Eastern European Jewishness — such as shtiebels, taking a whiskey break in the middle of Shabbat morning services, food from Russ & Daughter’s, etc.

But the word also gets ascribed to non-Jews on a fairly regular basis, for instance in these Forward articles on Pete Seeger and Nat “King” Cole.