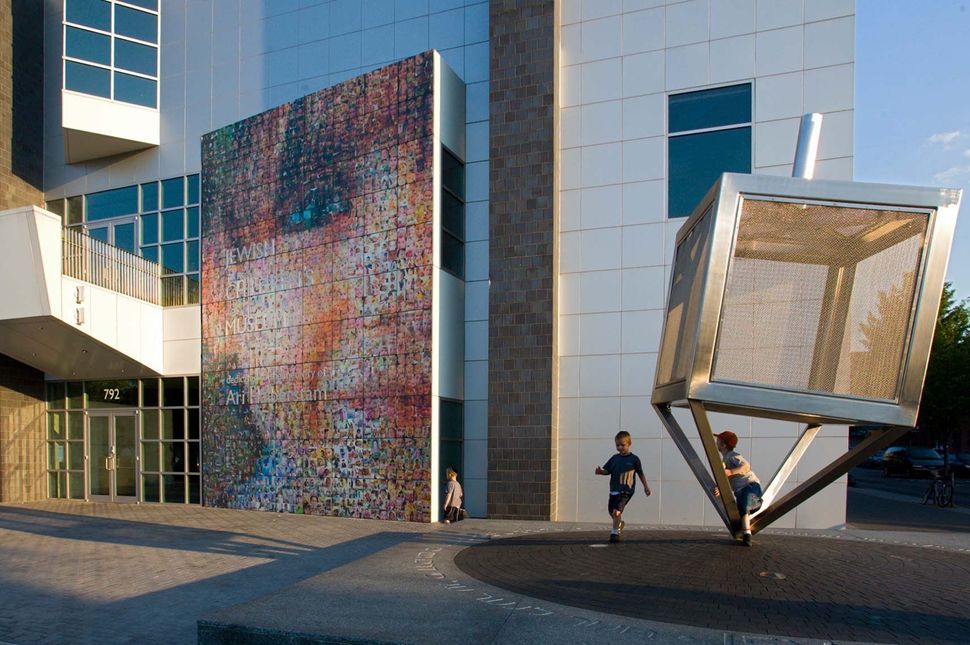 (JTA) — A note reading “Hitler is coming” was found on a billboard  designed for comments by visitors to the Brooklyn Jewish Children’s Museum.

Police are investigating the note, left Thursday, as a hate crime, a spokesperson told the New York Post.

Visitors alerted police to the anti-Semitic note at the Crown Heights museum. The city’s hate-crime task force took over the investigation, authorities said.

This is one of the most cowardly things I’ve ever seen. https://t.co/YeHdGnV6h0

Mordechai Lightstone, a Chabad rabbi, wrote on Twitter: “This is just awful. An interactive sign in front of the Jewish Children’s Museum in Crown Heights asking people how they would transform the world was defaced with Antisemitic graffiti!”

Governor Andrew Cuomo said ibn a statement about the incident: “We have zero tolerance for anti-Semitism, discrimination or hate of any kind in New York, and no person should ever feel threatened because of their religious beliefs.”

He has ordered the state police to assist the NYPD in their investigation.

The museum was one of many Jewish institutions targeted in a wave of fake bomb threats in 2017 that were found to have been called in by an Israeli teenager.

The note came soon after two anti-Semitic incidents in Crown Heights. On Wednesday, two men approached an Orthodox Jewish woman sitting on a bench and said “Hail Hitler” to her, and tried to follow her and harass her as she ran away. Earlier this week, a 27-year-old Orthodox man was slapped in the back of the head by a man riding by on a bike.

Crown Heights has seen a spike over the past year and a half in anti-Semitic incidents, exposing racial tensions in the neighborhood, which is majority black but has a large Hasidic Orthodox population, primarily from the Chabad group. The incidents, which many residents have said are broadly underreported, run the gamut from verbal harassment to violent assaults.