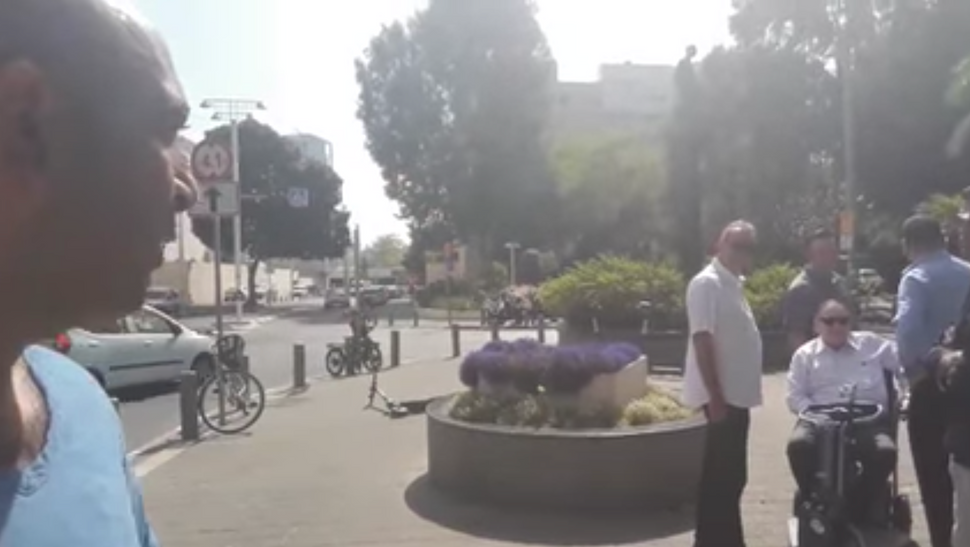 An Israeli man mocked Adelson when he saw him on the street in Israel. Image by Screenshot

An Israeli man mocked the Republican megadonor Sheldon Adelson with an anti-gay insult when he saw him on the street in Israel.

The man, Barak Cohen, who posted a video of the encounter to Facebook, jeered at Adelson from a few feet away as a member of Adelson’s entourage tried to get the man to leave.

“God save us from Sheldon Adelson,” the man yelled in English. “You know what is maniak? You’re a maniak!”

In colloquial Israeli Hebrew, a “maniak” or “manyak” is an insult akin to “asshole” with an original meaning, in its native language of Arabic, that is anti-gay, according to Haaretz It is not related to the English word “maniac,” according to Haaretz.

A man from Adelson’s entourage went up to Cohen to try and get him to leave. Cohen responded, “Don’t touch me, sir!”

“Sheldon, you are a maniak!” Cohen yelled again. “It’s enough, it’s really too much,” he says in Hebrew.

Adelson and his wife, Miriam Adelson, were in Israel as Florida Governor Ron DeSantis traveled there to sign a memorandum of understanding Florida Atlantic University and Ariel University, POLITICO reported.

Adelson was last reported as undergoing treatment for cancer over the winter. A lawyer for Adelson said in February that his health condition was “dire.”

Update, 5/31/2019 — This article has been updated throughout to note that “maniak” is considered an anti-gay slur in colloquial Israeli Hebrew.