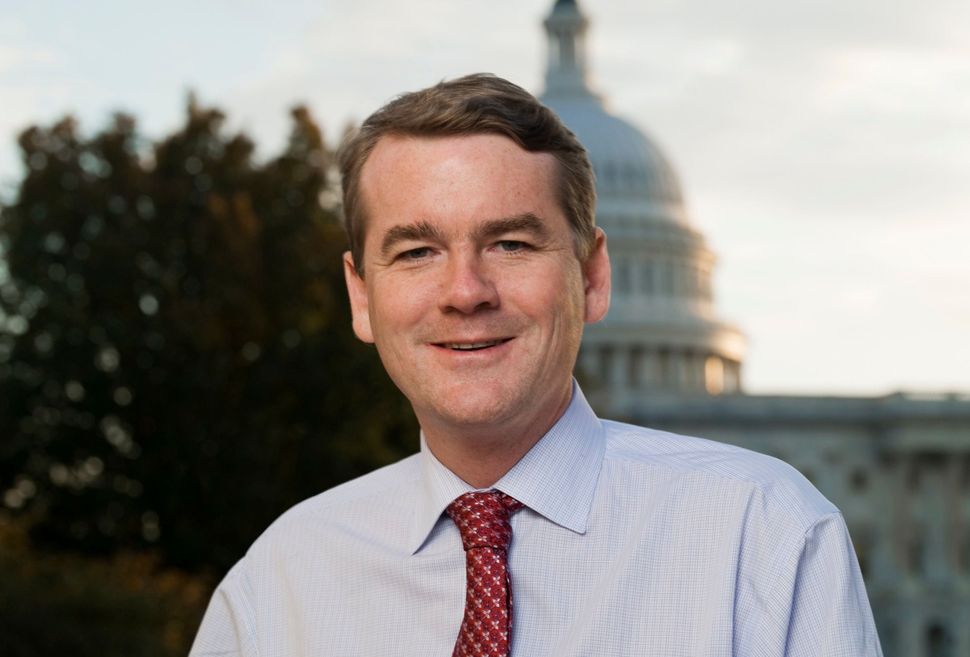 “When I see those kids at the border, I see my mom, because I know she sees herself,” Bennet said. “Because she was separated from her parents for year during the Holocaust in Poland. And for Donald Trump to be doing what he’s doing to children and their families at the borders…The president has turned the border of the United States into a symbol of nativist hostility that the whole world is looking at, when what we should be represented by is the Stat of Liberty, which is what brought my parents to this country to begin with. We need to make a change.”

Bennet is the son of a Jewish woman and a Christian man; he does not identify as belonging to any religion but has said he is proud of his Jewish roots. His mother Susanne Klejman was a toddler when she and her parents escaped the Warsaw Ghetto and came to the United States, according to an oral history Klejman filed with the United States Holocaust Memorial Museum in 2012.

We shouldn’t be represented by a medieval wall.

We should be represented by the Statue of Liberty.#DemDebate pic.twitter.com/3ANy38lfTK

Rep. Alexandria Ocasio-Cortez of New York attracted controversy last week when she compared the migrant detention centers on the Mexican border with concentration camps. Some Jewish groups and historians backed up her comparison while others said it was offensive to the memories of Holocaust survivors.

The two candidates in the race who identify as Jewish have taken different stances on the debate.

When pressed on the issue by CNN, Sen. Bernie Sanders of Vermont, who had family members who died in the Holocaust, repeatedly said that he had “not used that word.”

But motivational speaker Marianne Williamson backed Ocasio-Cortez up. “Ladies and gentlemen, I’m a Jew,” Williamson said in New Hampshire. “And we are raised to say ‘never again.’ It’s happening again.”