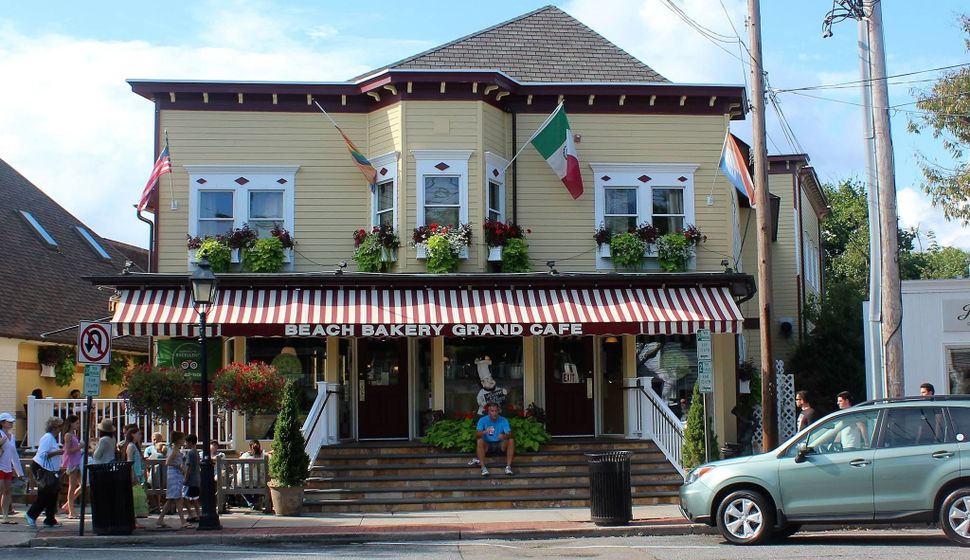 The Beach Bakery & Grand Café, in Westhampton Beach, on Long Island, is a local institution. Since 1988, it has served black-and-whites, baguettes, pastries and challah from its bakery counter, and made custom wedding cakes for its community.

But there’s a reason for the challah, and a reason its restaurant only serves vegetarian and fish dishes: the Beach Bakery is certified kosher, the only such establishment in Long Island’s East End, a popular summer vacation spot. When the bakery and restaurant went up for sale last year, local residents worried that the new owner wouldn’t be interested in preserving its kosher certification.

Turns out the eventual buyer actually wanted to add a certification, Newsday reported: Rashid Sulehri, owner of two other local establishments, is Muslim, and says not only will the Beach Bakery stay kosher, but it will become halal, too, so devout Muslims can eat there.

“It’s a dream come true,” Sulehri said. “Sons of Abraham can sit under one roof and they get a chance to see how much in common they have instead of staying away from each other and just thinking how different they are from each other.”

Sulehri’s pledge is an example of “interfaith cooperation and coexistence,” said Rabbi Marc Schneier, leader of The Hampton Synagogue.

“It took a devout member of the Muslim faith to come in and to maintain the kosher standards of the bakery for the Jewish community,” Schneier said.

Suhleri already understands the complexities of keeping a kitchen kosher: While studying at a community college in New York’s Rockland County, he worked at a kosher grocery store.

“For a lot of people it would have been a challenge, but for me it was like a walk in the park,” he said.

The Beach Bakery has already begun attracting Muslim residents: In June, a large group came to the restaurant to celebrate the holiday Eid al-Fitr, the closing of the month of Ramadan.