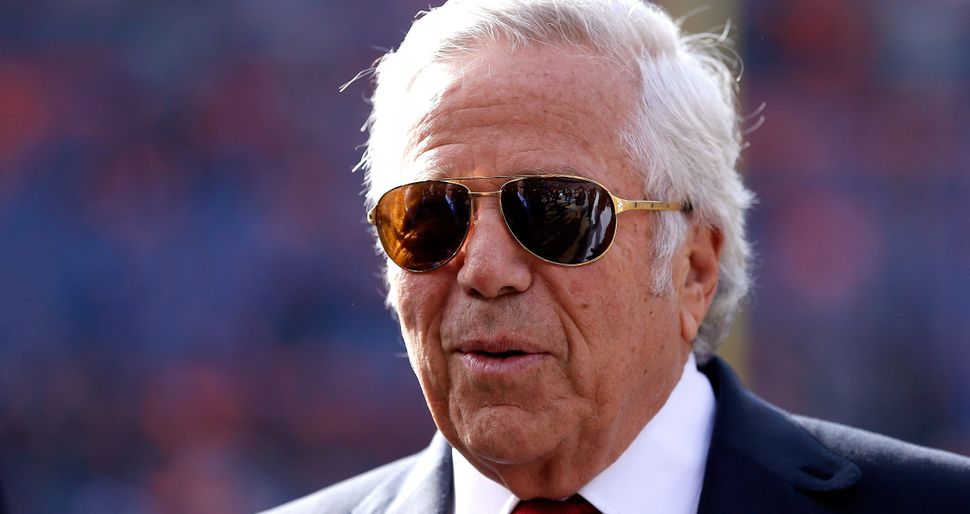 President Trump invited dozens of business leaders to the White House for a dinner with the Emir of Qatar on Monday. Among those on the guest list: his friend Robert Kraft, the New England Patriots owner who is currently charged in Florida with soliciting prostitution.

Trump described the gathering as a “who’s who of people in business,” according to The New York Times. Kraft was seated one spot over from the president at their table, with International Monetary Fund managing director Christine Lagarde in between.

that’s patriots owner robert kraft (!) at the same table as the president at tonight’s dinner for the emir of qatar pic.twitter.com/iDvKyNR9id

Kraft and Trump are longtime friends; the sports owner has said that the president was a great comfort to him after his wife Myra died in 2011. “He called me once a week for a year,” Kraft said in 2017. “I’m loyal to my friends. I remember who are the people there for the tough times.”

Kraft issued an apology in March after being charged but his statement did not specify what exactly he was apologizing for. His high-powered legal team successfully convinced a judge in April to bar the release of surveillance video that allegedly showed Kraft receiving sexual stimulation from workers at a massage parlor earlier this year.

Correction, July 11: A previous version of this article said that Robert Kraft issued an apology after being arrested in March. In fact, he has not been arrested; the apology came after he was charged.