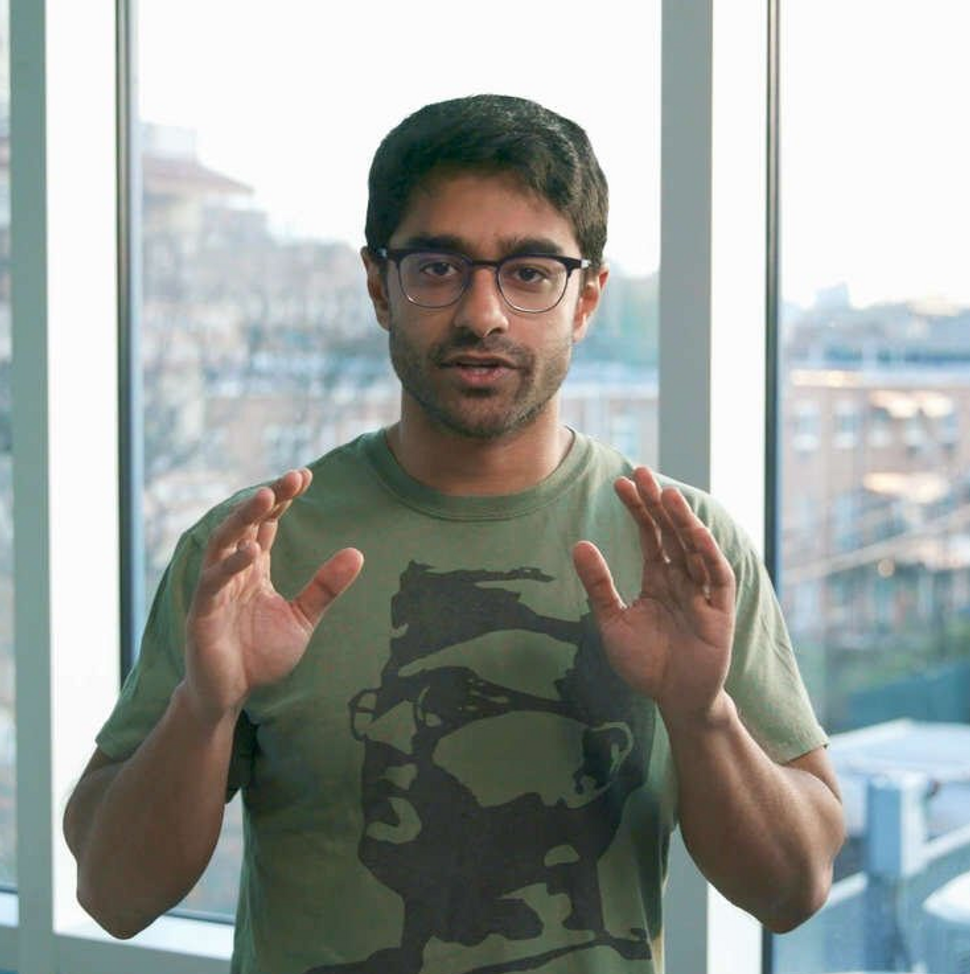 (JTA) — The chief of staff for Rep. Alexandria Ocasio-Cortez, D-N.Y., is under fire for wearing a T-shirt bearing the image of a Nazi collaborator.

Saikat Chakrabarti is seen wearing the green shirt in a video that aired in December on NowThis News about Ocasio-Cortez’s surprise congressional victory the previous month.

The shirt features a sketch of Subhas Chandra Bose, a dissident Indian nationalist recognized by Adolf Hitler as the leader of the Free India Government. In exchange, Bose enlisted tens of thousands of Indian men to support the Japanese invasion of British India in 1944 and help fight the British in Europe for Hitler. The Indian Legion Bose raised for Germany trained as a regiment of the SS.

He also broadcast propaganda for Hitler on a radio network set up by Bose to encourage Indians to fight for freedom. Bose met with Hitler in Germany in 1942.

The T-shirt controversy comes days after Ocasio-Cortez quoted Evita Perón, the first lady of Argentina who was a Nazi sympathizer, in a tweet in response to news that President Donald Trump had compared the two women.

“I know that, like every woman of the people, I have more strength than I appear to have,” Ocasio-Cortez tweeted, quoting Peron. She wrote in a second tweet quoting her: “I had watched for many years and seen how a few rich families held much of Argentina’s wealth and power in their hands. So the government brought in an eight hour working day, sickness pay and fair wages to give poor workers a fair go.”