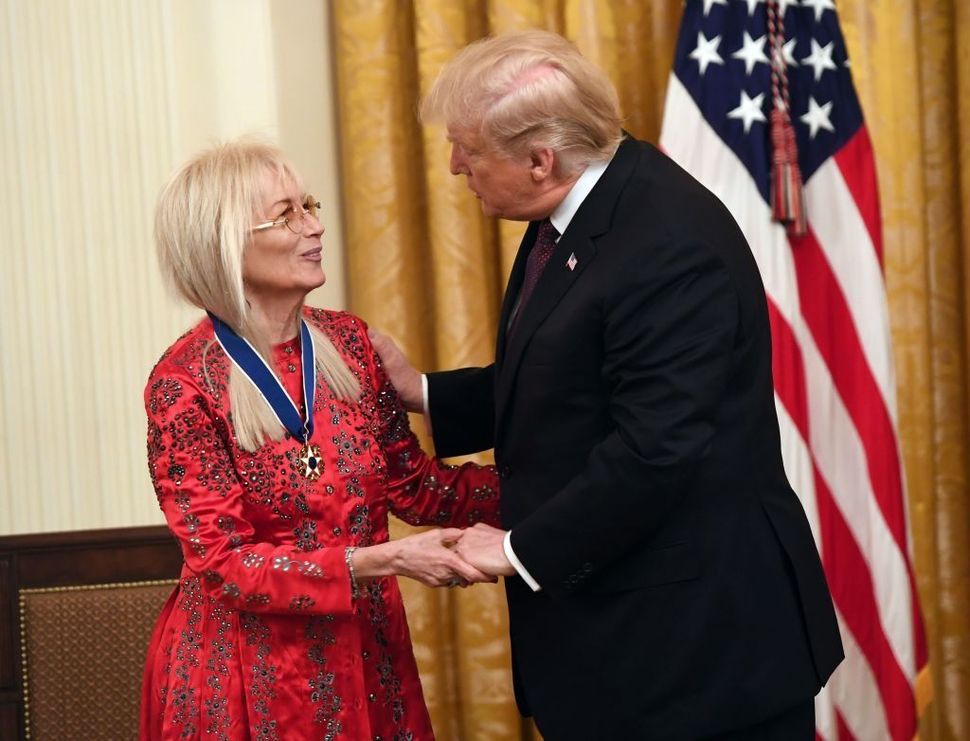 Republican mega-donor Miriam Adelson, the wife of Sheldon Adelson and the publisher of the newspaper Israel Hayom, wrote last week in the Las Vegas Review-Journal (which she also owns) that a “Book of Trump” should be added to the Bible.

“Would it be too much to pray for a day when the Bible gets a ‘Book of Trump,’ much like it has a ‘Book of Esther’ celebrating the deliverance of the Jews from ancient Persia?” Adelson asked

Adelson called President Trump’s unpopularity among American Jews “an oddity that will long be pondered by historians.” According to Adelson, Trump has benefited Jews by moving the American embassy from Tel Aviv to Jerusalem, by “purging” the peace process between Israel and the Palestinians, and by withdrawing from the 2015 nuclear agreement with Iran, which was opposed by many in the Jewish community.

Adelson’s comparison between Trump and Queen Esther echoed a trend among Evangelical Christian leaders. Pastor Paula White compared Trump to Esther in the wake of a violent white supremacist rally in Charlottesville, Virginia, and Lance Wallnau compared Trump to Cyrus the Great.