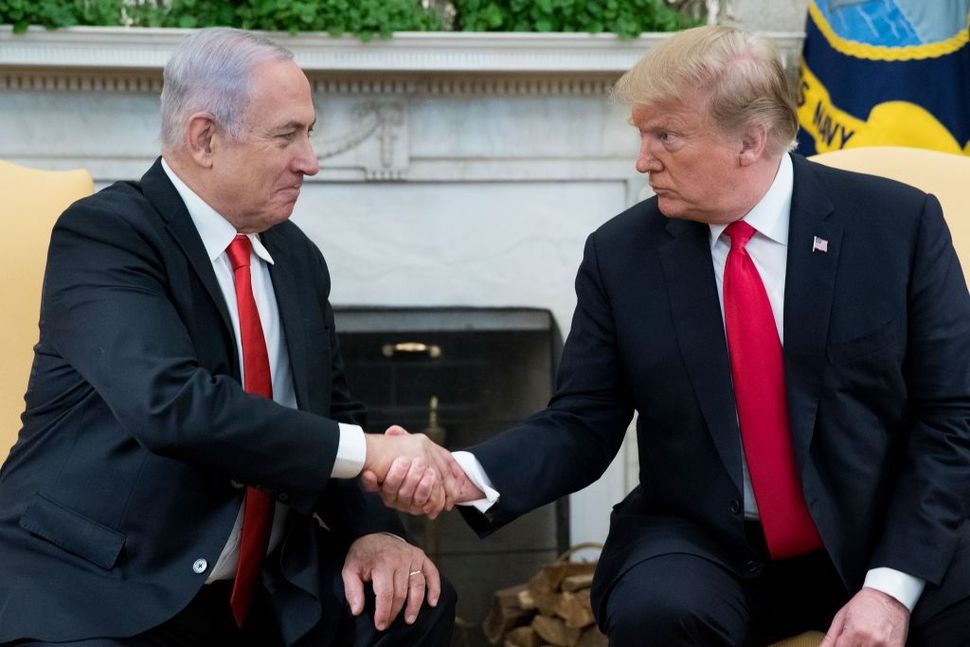 “This is not part of the formal campaign,” A Likud official told Jerusalem Post reporter Lahav Harkov.

Official or not, it wouldn’t be the first time Likud and Trump have been linked in election materials. A giant Likud campaign poster of Netanyahu and Trump shaking hands was posted in Tel Aviv in February along with the caption, “Netanyahu is in a different league,” the Times of Israel reported. And a “Make America Great Again” flag was waved at Likud’s election night party in April.

After Netanyahu failed to form a governing coalition, new elections were called for this September.