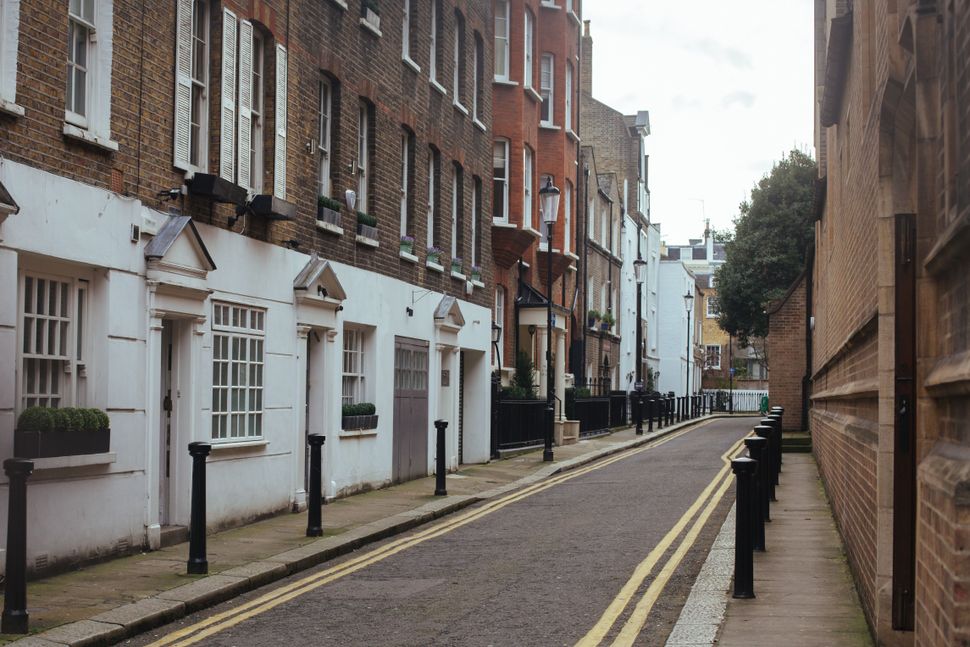 A street in London Image by iStock

(JTA) — A  Jewish family from the United Kingdom complained to police about a young man who was filmed hurling an object in their direction and calling them “dirty Jews” on a London street after shoving their baby stroller.

The incident Sunday, which police are treating as a hate crime, escalated after the man pushed aside the family’s baby stroller while an infant was inside it, The Independent reported Monday. The parents, who were sitting at a café on St. Albans Street, protested, prompting the man to call them “dirty Jews.”

When the man saw a passerby filming the exchange with a cellular phone, he tried knocking the device from that person’s hand. Then he kicked an advertising board in the family’s direction and walked away.

Last month, a British Jewish community watchdog said that a record number of nearly 900 anti-Semitic incidents have been recorded in the United Kingdom for the first six months of 2019.

The 892 incidents listed in the Community Security Trust, or CST, January-June 2019 Antisemitic Incidents Report for the first half of 2019 constitute the highest number recorded in that six-month period. It is a 10 percent increase from the 810 incidents recorded during the same period in 2018.