Tulsi Gabbard Is Rising In The Polls, But Can’t Shake Neo-Nazi Support 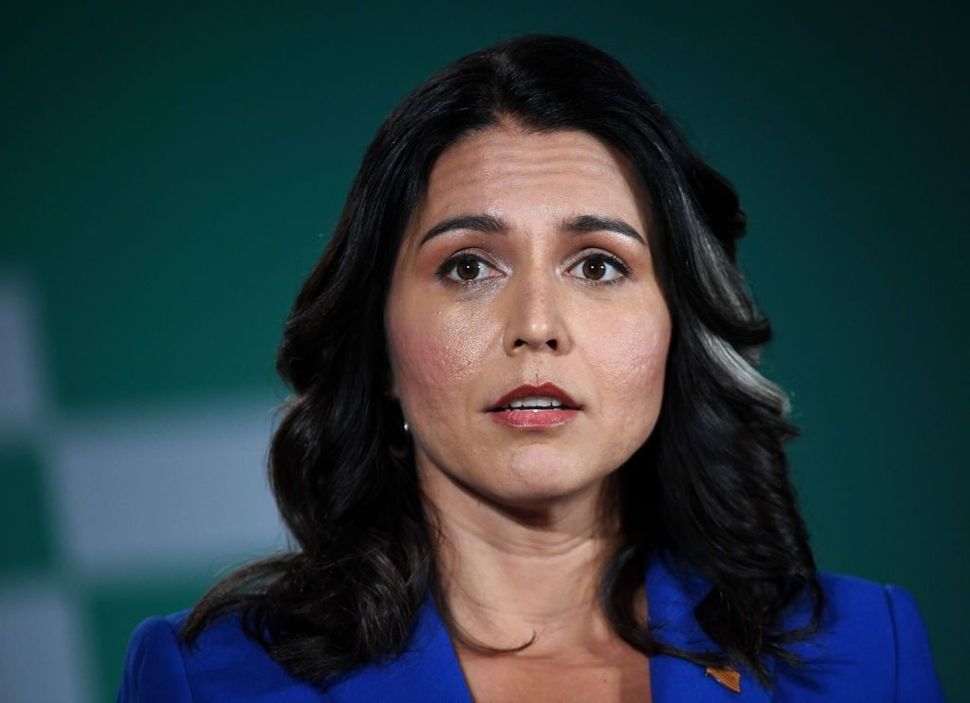 Presidential candidate Rep. Tulsi Gabbard is having a moment — she received praise from commentators for her attacks on Sen. Kamala Harris’ prosecutorial record during last week’s Democratic presidential debate, and the latest New Hampshire poll has seen her rise to sixth place.

But some of America’s most prominent white nationalists have taken credit for her improved fortunes.

The neo-Nazi website The Daily Stormer took credit in April for Gabbard reaching the 65,000 donor threshold to qualify for the debates, Jewish Insider reported. The website said they supported the anti-war candidate to “make the Jews go nuts.”

This isn’t the first time Gabbard has attracted such support. White nationalist leaders David Duke and Richard Spencer have made favorable statements about the candidate. The white nationalists generally cite Gabbard’s isolationist views, her 2017 meeting with Syrian dictator Bashar al-Assad and her criticisms of Barack Obama and other Democrats for not using the phrase “radical Islamic terrorism.”

“Tulsi Gabbard for President. Finally a candidate who will actually put America First rather than Israel First!” Duke tweeted in February.

Gabbard, who is Samoan-American, rejected his support in a statement to The Hill. “I have strongly denounced David Duke’s hateful views and his so-called ‘support’ multiple times in the past, and reject his support,” she said.

Gabbard’s campaign did not respond to multiple requests for comment from Jewish Insider about what they knew about The Daily Stormer’s donation efforts and whether they planned to return any donations.

Gabbard is not the only candidate to have had to distance themselves from white nationalist supporters. Many also praised businessman Andrew Yang due to his universal basic income proposal and opposition to circumcision.

And several prominent white nationalists have backed President Trump — although others have said that his anti-immigration policies haven’t gone far enough. The Forward reported last year that Trump and the Republican National Committee – which have a joint fundraising agreement — had accepted hundreds of dollars in donations from white nationalist figures like former Aryan Nations leader Morris Gulett, but had refused to return the money.

Tulsi Gabbard Is Rising In The Polls, But Can’t Shake Neo-Nazi Support