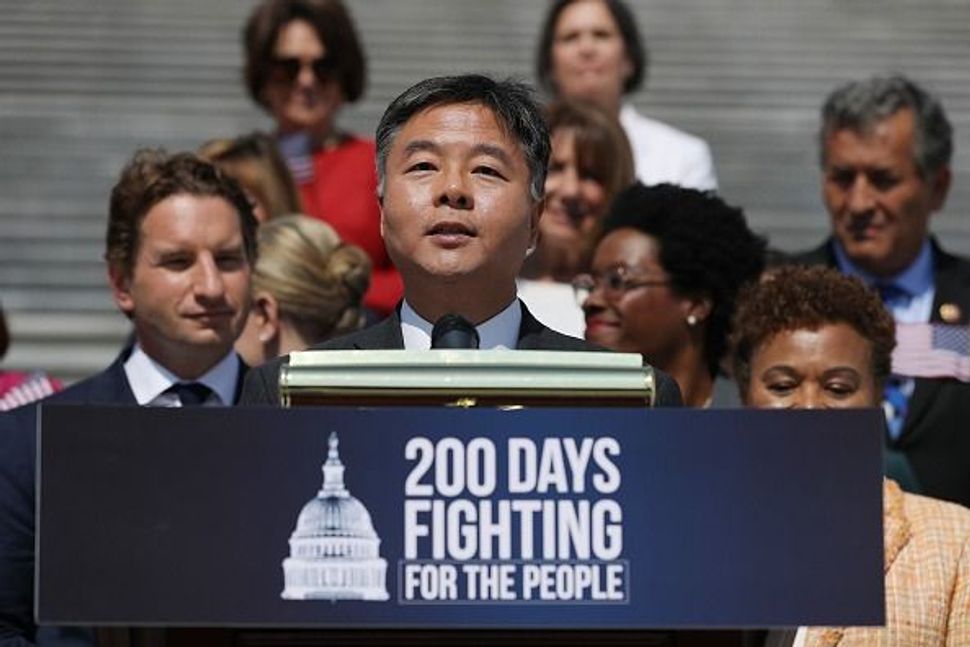 Rep. Ted Lieu of California apologized for a tweet about United States ambassador to Israel David Friedman that he admitted echoed the anti-Semitic “dual loyalty” trope.

Friedman, who is Jewish, posted a statement on Friday supporting Israel’s decision to deny Reps. Rashida Tlaib and Ilhan Omar entry into the country for their support of the BDS movement, a move that was also backed by President Trump.

Lieu, a Democrat who represents Beverly Hills and other suburbs of Los Angeles, criticized Friedman on Twitter. “Dear @USAmbIsrael: You are an American. Your allegiance should be to America, not to a foreign power,” Lieu wrote. “You should be defending the right of Americans to travel to other countries,” he added. “If you don’t understand that, then you need to resign.”

He repeated the sentiment later that day in a CNN interview with Wolf Blitzer. “I think he should resign, because he doesn’t seem to understand that his allegiance is to America, not to a foreign power,” Lieu said. He repeated that language later in the interview.

After being criticized – including by Friedman himself – for using language that echoed anti-Semitic tropes about Jews being more loyal to Israel than their home countries, Lieu deleted his tweet and apologized.

“It has been brought to my attention that my prior tweet to @USAmbIsrael raises dual loyalty allegations that have historically caused harm to the Jewish community,” he wrote. “That is a legitimate concern. I am therefore deleting the tweet.”

“I’m sorry for writing it. That’s why I deleted it,” he clarified in a later tweet.

In February, Omar herself was accused of invoking dual loyalty when she said at a progressive town hall that she wanted “to talk about the political influence in this country that says it is okay to push for allegiance to a foreign country.”