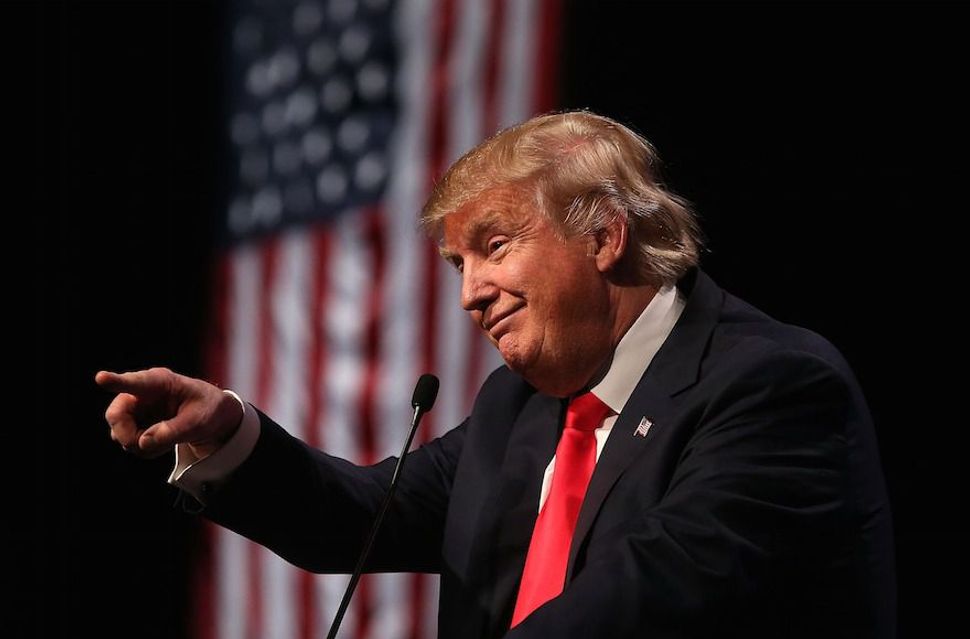 After President Trump invoked an anti-Semitic trope by calling Jews who vote for Democrats “disloyal,” Jews began storming Twitter with the hashtag #DisloyalToTrump.

“Any Jewish people that vote for a Democrat — I think it shows either a total lack of knowledge or great disloyalty,” Trump told reporters in the Oval Office on Tuesday.

Several users posted images of family members who perished in the Holocaust:

Today Trump said that Jewish people who vote for Democrats are disloyal. Disloyal to whom? I’m Jewish. My aunts were killed in the Holocaust. In their memory, I am proudly disloyal to Trump and the racist hatred he incites and inspires. #DisloyalToTrump https://t.co/4Wem9Gqgwp

I’m Jewish. I lost at least 32 relatives in the Holocaust, including these 2 little girls, Mina & Rivka, who were killed by collaborators. You, Trump, refused to condemn men who chanted, “Jews will not replace us!” You are NOT on our side.#DisloyalToTrumphttps://t.co/Ahka2ExPjF pic.twitter.com/EAkgb6C13f

Many invoked the rise in white supremacy inspired by Trump:

I’m an American Jew and child of Holocaust survivors, PROUDLY #DisloyalToTrump because anti-Semitic attacks went up 37% since he took office, he inspired the worst anti-Semitic attack in U.S. history, and called these Nazis who chanted “Jews will not replace us” very fine people. pic.twitter.com/K2W8zlDY8m

As an American Jew, I am #DisloyalToTrump because his rhetoric inspired not one but two white supremacists to spraypaint my child’s Jewish preschool with Swastikas #ThisIsNotNormal

Others expressed the patriotism of their Jewish relatives:

My Jewish grandfather was in the US Navy and served every day with more loyalty than Donald Trump has ever shown to anyone or anything but himself.

This. It’s memory of my grandfather, a Holocaust survivor and WWII veteran (yes, he served, unlike Cadet Bone Spurs), as well as his parents, who died at Auschwitz, that I am #disloyaltotrump. Jews know how this ends, and we won’t let it happen again. #NeverAgainIsNow https://t.co/Ui21pXYTa4

Public figures and celebrities weighed in:

I’m Jewish. I’m an American & served our country in the CIA. I love musical theater, “as seen on TV” products and carbs. Oh and I’m super duper one gazillion percent #DisloyalToTrump!

This may come as a surprise to absolutely no one, but this proud Jew is 100%, unequivocally #DisloyalToTrump

“The Jews are not loyal to the state.” — Adolf Hitler

“Any Jew that votes Democrat is disloyal.” — Donald Trump

“The Jews are not loyal to the state”, said Adolf Hitler.
Trump told reporters that Jewish people in America who vote for members of the Democratic Party show “either a total lack of knowledge or a great disloyalty.” https://t.co/PT6H9LXr1u via @HuffPostPol

The controversy is unlikely to die down: On Wednesday Trump tweeted someone praising him as the “King of Israel,” reaction to which also went viral.