The 12 Funniest ‘King Of Israel’ Tweets, Because If We Don’t Laugh We’ll Cry 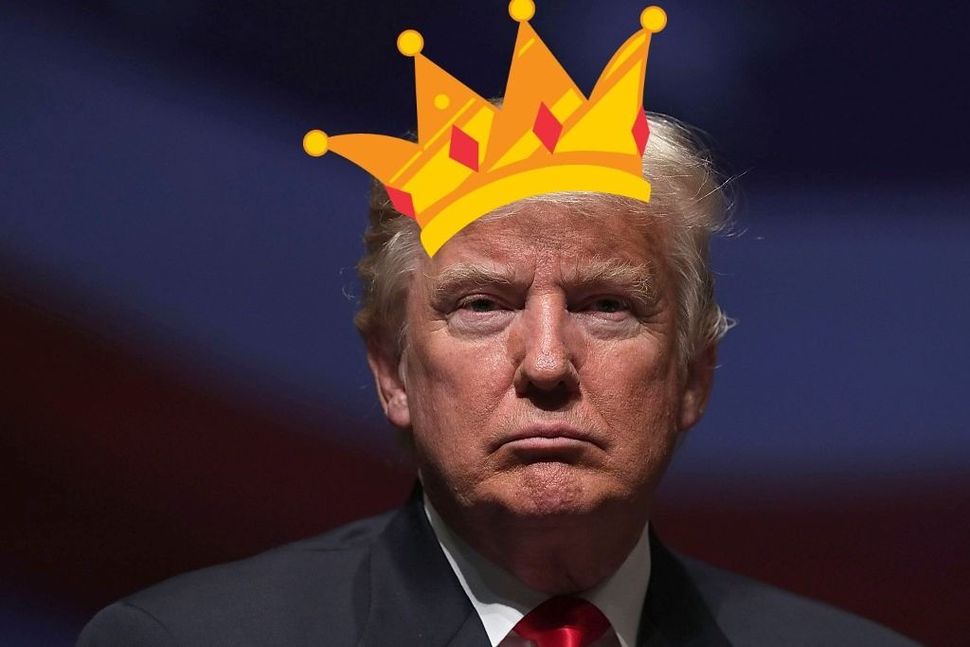 This morning, the American president indirectly called himself “the king of Israel.”

This morning Sean Spicer, a man who once claimed that Hitler did not use gas chambers, announced that he would be going on a dance-based reality show.

There also appears to be something going on with Greenland.

Being alive and being Jewish right now is enough to give you vertigo. With one hand, we’re packing a bag — and with the other, we’re tweeting jokes. Here are a few of our favorites:

ideally, you want the King of the Jews and the guy who literally called Nazis “very fine people” to be two different people

Who’s gonna tell him what happened to the last guy who called himself King of the Jews and the second coming of God https://t.co/7Eb4QSXj1G

Nothing but respect for our King of Israel https://t.co/LZLXHK8MvE

Once Trump finds out the price of an apartment in Tel Aviv he’ll regret calling himself the King of Israel.

My reaction to hearing that Trump is the King of the Jews pic.twitter.com/qADuQyMCPd

I’m confused on how Jews could believe Trump is the second coming of God. Wouldn’t he be the first coming?

When you wake up and “King of the Jews”, “King of Israel”, “disloyal Jews” and “Second Coming of God” are trending. pic.twitter.com/Hnngc0qyFQ

King of Israel? Trump has much in common with Herod the Great: famous builder; known for cruelty to children; multiple wives; feckless kids; acts like a king but completely subservient to a hostile foreign power.

When you look to see why “King of Israel” is trending…#KingofIsrael pic.twitter.com/H8BsWiqTmL

BOW BEFORE THE KING OF ISRAEL! pic.twitter.com/O6eOB7K6Xk

The 12 Funniest ‘King Of Israel’ Tweets, Because If We Don’t Laugh We’ll Cry