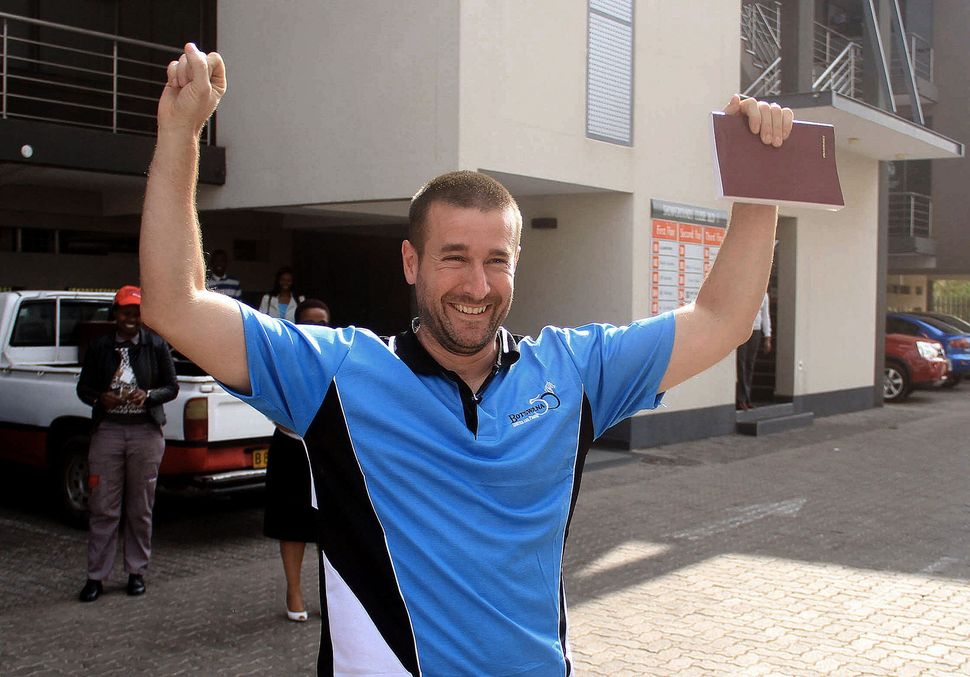 Steven Anderson, an evangelical Christian pastor who has made claims that deny the Holocaust and preached anti-gay beliefs, as he was being deported from Botswana in 2016. Image by Getty

Anti-Semitic beliefs are growing among evangelical Christians, the Washington Post reported. The shifting attitudes of such groups comes at a moment when Donald Trump is making the anti-Semitic claim that Jews have equal or greater loyalty to Israel than to America. Trump has also made it clear that he is taking cues from evangelical figures and groups, recently tweeting a quote from an evangelical radio host who said that Trump is the “King of Israel.”

One evangelical woman who spoke to the Post, Luba Yanko, said that Trump “is surrounded by a Zionist environment with completely different values from Christians. It’s kabbalist. It’s Talmudic values. Not the word of God.” Yanko suggested that Jews, overall, control the government.

But pastors with people who hold such beliefs in their communities do not always believe it is their job to dissuade their flock from anti-Semitic conspiracy theories.

“I’m not in government. It would be like me trying to understand the insurance business,” the pastor of Luba Yanko’s Bensalem, Pennsylvania, church, Mark English, said of Yanko’s belief that Jews control the government. “The government is so complex — I don’t think that any one group controls everything.”

In one instance, the Jewish comedian Sarah Silverman shared a video of a Florida pastor calling her a “God-hating whore of Zionism,” writing that the pastor was going to get her killed.

This is Adam Fannin of the Stedfast Baptist Church in Florida and he is going to get me killed. pic.twitter.com/I6Us59o59v

Evangelical anti-Semitism is a strange case because, in a similar fashion to white nationalist anti-Semitism, some evangelicals also support the existence of the State of Israel for theological reasons. Evangelicals also make extensive use of deeply Jewish bible stories, such as the story of Esther, for finding biblical support for their beliefs.

“Some associations in certain conservative areas, with Jews being liberal, cosmopolitan, international and that being a threat to American Christian identity: You’re going to find those views, weirdly, right alongside expressing support for Israel,” Daniel Hummel, a historian of Jewish-evangelical relations, told the Post. “Someone like that would be vaguely or even strongly anti-Semitic but also pro-Israel.”