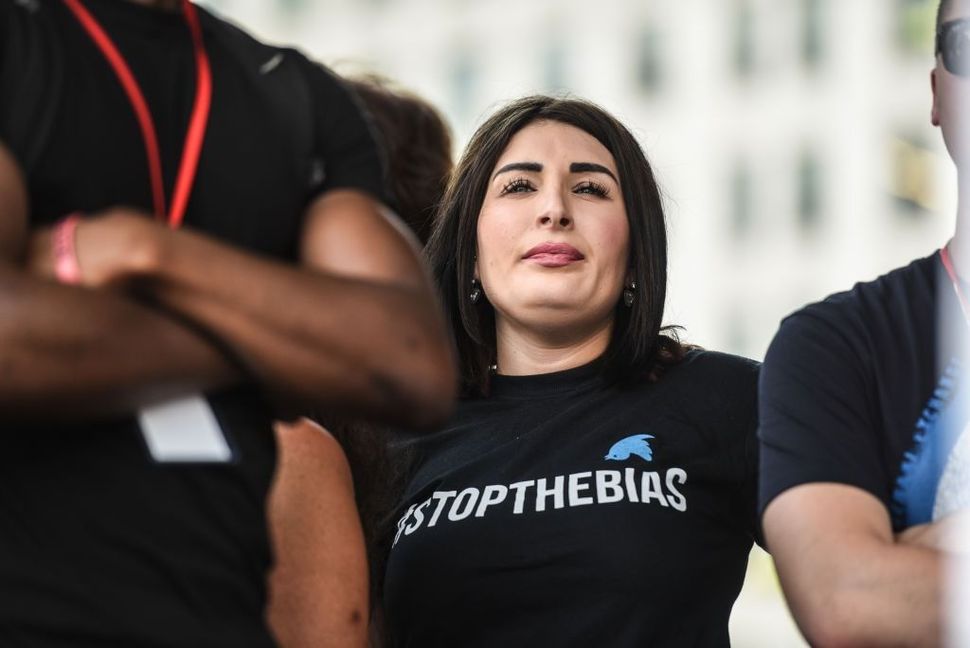 Conservative provocateur Laura Loomer filed a lawsuit against Rep. Rashida Tlaib on Friday, seeking $2 million in damages related to a incident in which Tlaib allegedly grabbed Loomer’s cell phone when the activist tried to confront the politician at a campaign event.

Loomer crashed a campaign event in Minneapolis in October for Tlaib and Rep. Ilhan Omar when they were running to be the first two Muslim women elected to Congress. The activist, who has been banned from Facebook and Twitter – as well as Uber and Lyft – due to Islamophobic statements, yelled out questions about Hamas to Tlaib while recording the encounter.

Video that Loomer uploaded to YouTube seems to show Tlaib trying to yank Loomer’s phone away. Loomer’s attorney Larry Klayman claimed in a press release that this incident put Loomer in “alleged fear of immediate severe bodily injury.” Klayman added that Loomer filed a criminal complaint with the Minneapolis Police Department, which has yet to act.

The press release claims that the goal of the lawsuit is to “hold Tlaib accountable for her unhinged hatred of Jews and Israel.” Tlaib and Omar are the two members of Congress who support the boycott, divestment and sanctions (BDS) campaign against Israel. They were barred this month from conducting a congressional trip in Israel and the West Bank due to that stance.

Loomer, who is Jewish, announced earlier this month that she was running for Congress as a Republican to unseat longtime Florida Democratic Rep. Lois Frankel. Loomer admitted in a fundraising email that one of her main motivations was the idea that being a congressional candidate would force the CEOs of Facebook and Twitter to un-ban her, The Daily Beast reported.

Loomer previously attempted to get back her account in November 2018 by handcuffing herself to Twitter’s New York office building while wearing a yellow Star of David. After several hours without a response from Twitter, Loomer had someone cut her handcuffs with bolt cutters and left the scene.