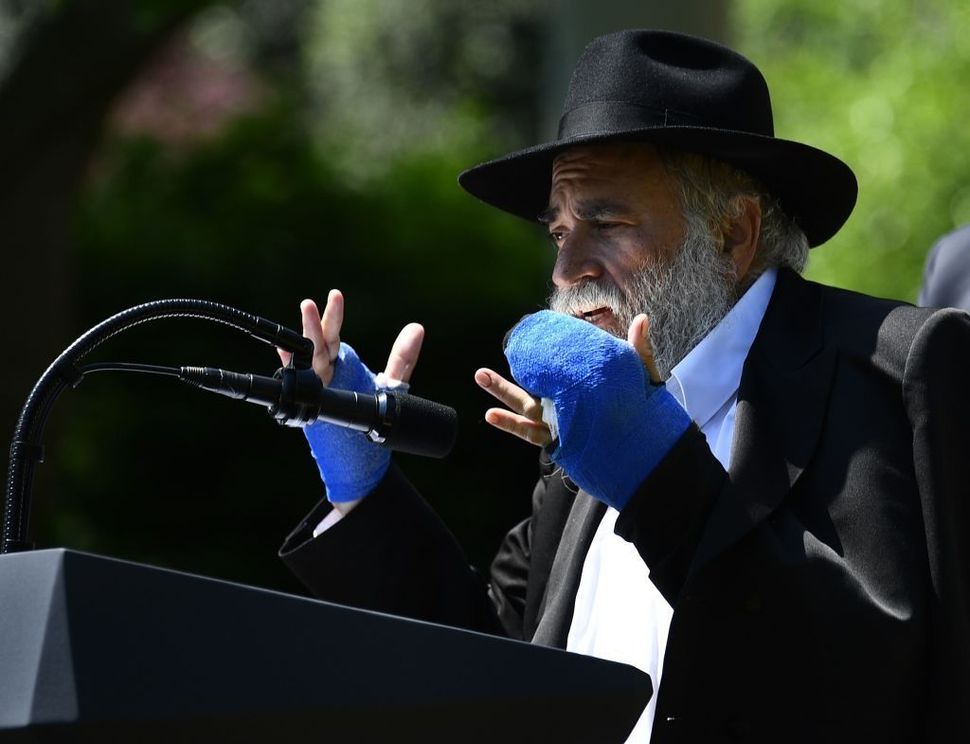 Rabbi Yisroel Goldstein of Chabad of Poway speaks during the National Day of Prayer Service at the White House on May 2, 2019. Image by BRENDAN SMIALOWSKI/AFP/Getty Images

(JTA) — The rabbi who lost his finger in the April shooting attack on the Chabad of Poway in California has received a lifelike prosthetic finger.

The silicone prosthetic is meant to help his hand function properly and is removed for sleep.

He lost one index finger in the attack by alleged gunman, John Earnest, who shot with an assault rifle at close range.

“His lost finger during the horrific attack in his synagogue is a physical reminder of hate but his counterattack of inner strength, trust in God and bringing good to the world sheds light over and over,” Heifetz said, according to the news website.

One Poway Chabad member, Lori Kaye, was killed in the shooting attack on the last day of Passover, April 27. Three other members, including the rabbi, were shot.

After being shot, Goldstein ran to the social hall where congregants had gathered — as had several children, including his granddaughter — and he began waving them out of the building to safety.

“I just ran, not even knowing my fingers were blown off,” he said.