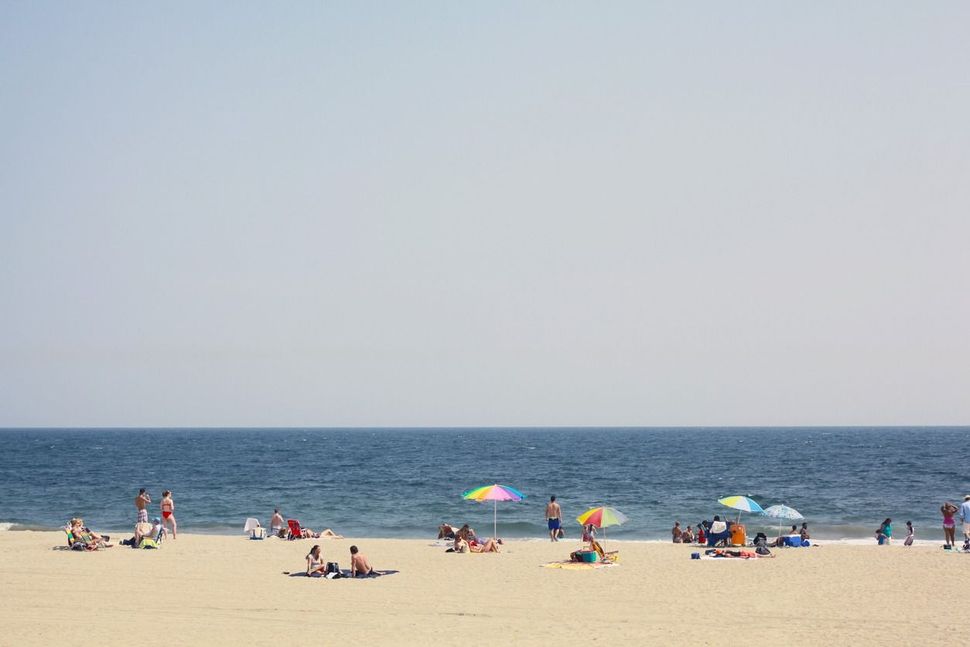 A beach in Queens, New York Image by sx70/iStock

(JTA) — A playground at a private beach club in Queens was targeted with anti-Semitic and racist graffiti.

The playground at the Silver Gull was closed, the club announced on Friday, “due to the recent and increasing vandalism from within the club,” the New York Times reported Sunday.

Among the graffiti, according to the report, was “Heil Hitler,” swastikas, and the words “gas chamber” painted on a door. Racial slurs targeting black people also were discovered.

Club management called police over the incident, and also painted over the graffiti.

It is being investigated as a bias crime, Sgt. Richard Firrito, a spokesman for the United States Park Police in New York, told the newspaper.

The incident reportedly took place while the club was open. In addition to the graffiti, the shed used for arts programs was broken into and the equipment and supplies damaged.