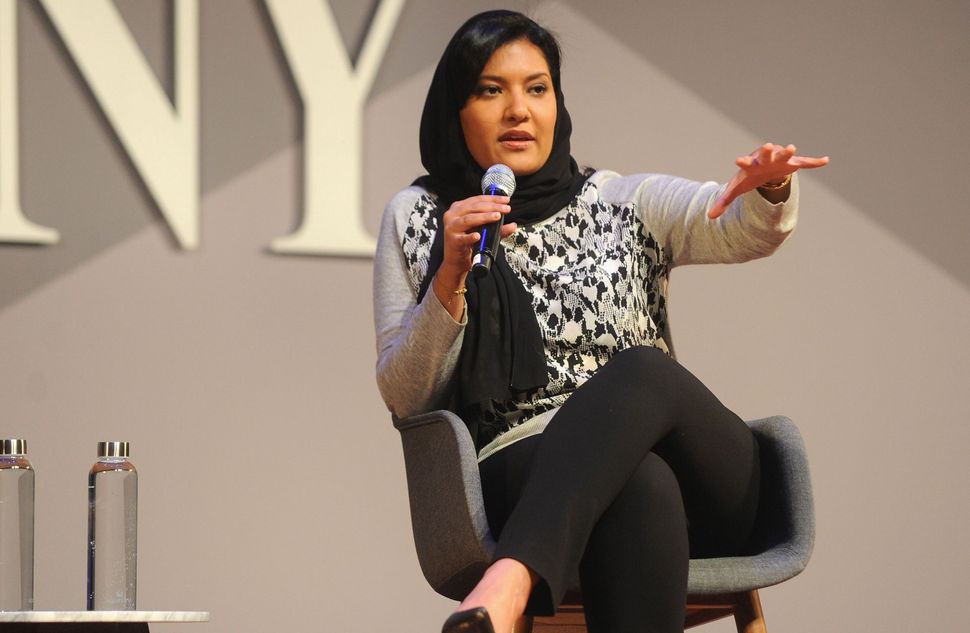 The Saudi ambassador to the US, Reema Bandar Al Saud. Image by Getty

In an apparent first, the Saudi ambassador to the U.S. sent High Holiday greetings to American Jews.

The card, from Reema Bandar al Saud, the ambassador, (also known as Reema bint Bandar) was first reported by the Josh Lederman of NBC News. It’s not clear what format the card was sent out in, or who else received it, the Times of Israel noted.

This is a first: The Saudi Embassy in Washington, under new Ambassador Reema bint Bandar, sent out Rosh Hashana greetings to American Jews pic.twitter.com/HAKuwSYYFL

Bandar was appointed envoy to the United States in February, and is Saudi Arabia’s first female envoy. Her father, Bandar bin Sultan al Saud, was ambassador to the U.S. for nearly 20 years.

News about the card came a few days after a Saudi blogger posted a video of himself to Twitter singing a Jewish prayer and dedicating it to the Jewish people ahead of the High Holidays.

The Saudi leader, Mohamed bin Salman, has developed a close relationship with Jared Kushner, the Jewish son-in-law of and adviser to Donald Trump. Saudi Arabia has also reportedly forged close ties with the Israeli government in recent years, despite reports that Saudi textbooks are still filled with anti-Semitic misinformation about Jews and Israel.