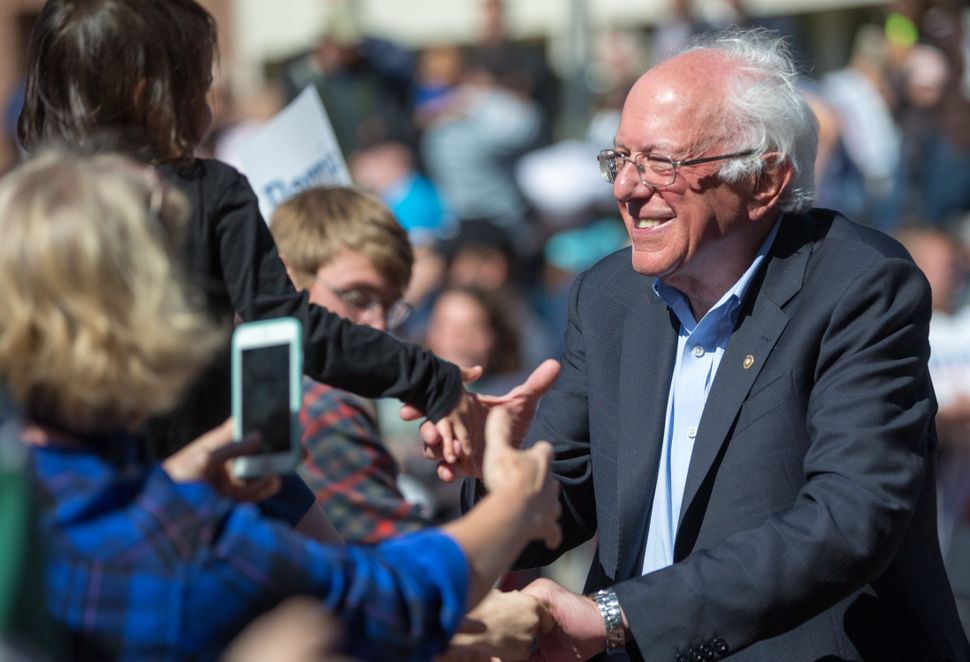 (JTA) —  Sen. Bernie Sanders had two stents inserted for an artery blockage after being hospitalized in Las Vegas.

A Wednesday statement by Jeff Weaver, an aide to the Vermont Democrat and presidential hopeful, said Sanders had “experienced some chest discomfort” at a Tuesday campaign event. Testing found a single artery blockage and the procedure was completed without complications.

“Sen. Sanders is conversing and in good spirits. He will be resting up over the next few days,” the statement said.

The Jewish lawmaker’s campaign events have been cancelled “until further notice,” Weaver said.

Sanders, 78, currently is polling in third place in the race for the Democratic presidential nomination, behind Elizabeth Warren, 70, and Joe Biden, 76. If elected, Sanders would be the oldest president in American history.

Sanders has not released his medical records for the 2020 presidential campaign yet, but has said he would do so.

“You know, I think it’s the right thing to do,” he has told reporters. “The American people have the right to know about whether the person they are going to be voting for for president is healthy, and we will certainly release our medical records before the primaries.”

Sanders has been campaigning in high gear, attending seven events in two days in New Hampshire earlier this week, according to ABC News. His campaign raised $25 million in the third quarter of 2019, the largest amount for a Democratic presidential candidate so far this cycle.

However, despite Sanders’ popularity, he is not the most popular candidate among Jews. A Forward analysis found earlier this year that while large numbers of Jews donated to Sanders’ campaign, they donated less money overall than to other candidates like Pete Buttigieg, Biden and Kamala Harris.