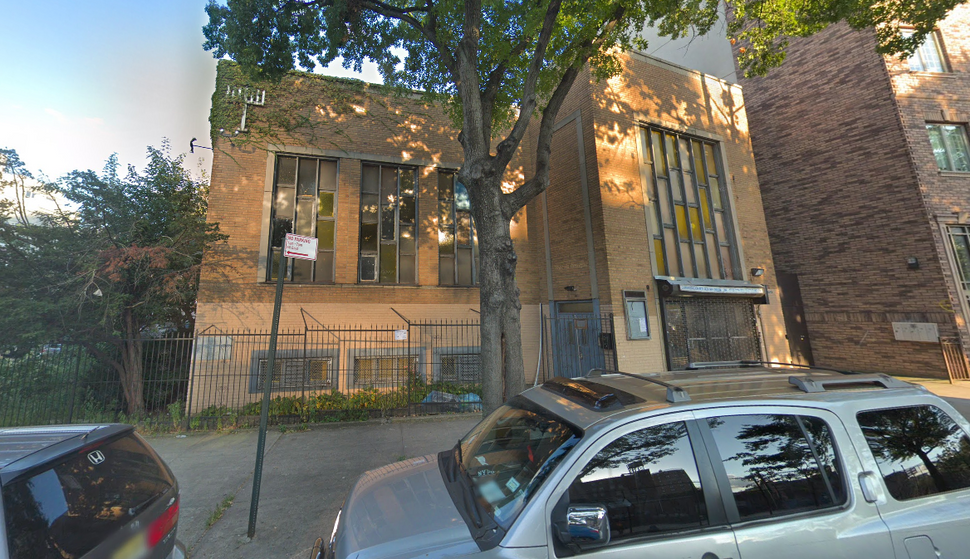 The Rivnitz synagogue Image by Google

NEW YORK (JTA) — The windows of a synagogue in Brooklyn were broken during Rosh Hashanah services.

A video showing people throwing milk crates at the the Rivnitz synagogue in the Williamsburg neighborhood was circulated Wednesday on social media.

Police said that the incident took place on Monday afternoon and they were searching for two females who were seen in the video, according to WPIX-TV. It is the latest in an ongoing string of attacks on visibly Jewish people in Brooklyn, primarily in Williamsburg and Crown Heights, two neighborhoods with large Hasidic Jewish populations.

VIDEO: At Throop av x Bartlett st, 4 youngsters punched out a window of the Rivnitz shul with a heavy object during High Holiday prayers on Rosh Hashana, please contact ⁦@NYPD90Pct⁩ or @WspuShomrim 7182370202 with any info. pic.twitter.com/q2Mvavpdey

“This is a shocking act of hate,” he wrote on Twitter. “We WILL find the perpetrators and hold them responsible.”

The Anti-Defamation League said it was “deeply disturbed” by the video.

“At a time when the Brooklyn Jewish community is already on edge in the wake of a series of anti-Semitic incidents, it is extremely upsetting to see this congregation targeted during what is otherwise supposed to be a joyous celebration of the Jewish New Year,” Evan Bernstein, the regional director of the organization’s New York-New Jersey office, said in a statement.

There has been a spate of attacks in recent months against visibly Orthodox Jewish men in Brooklyn.