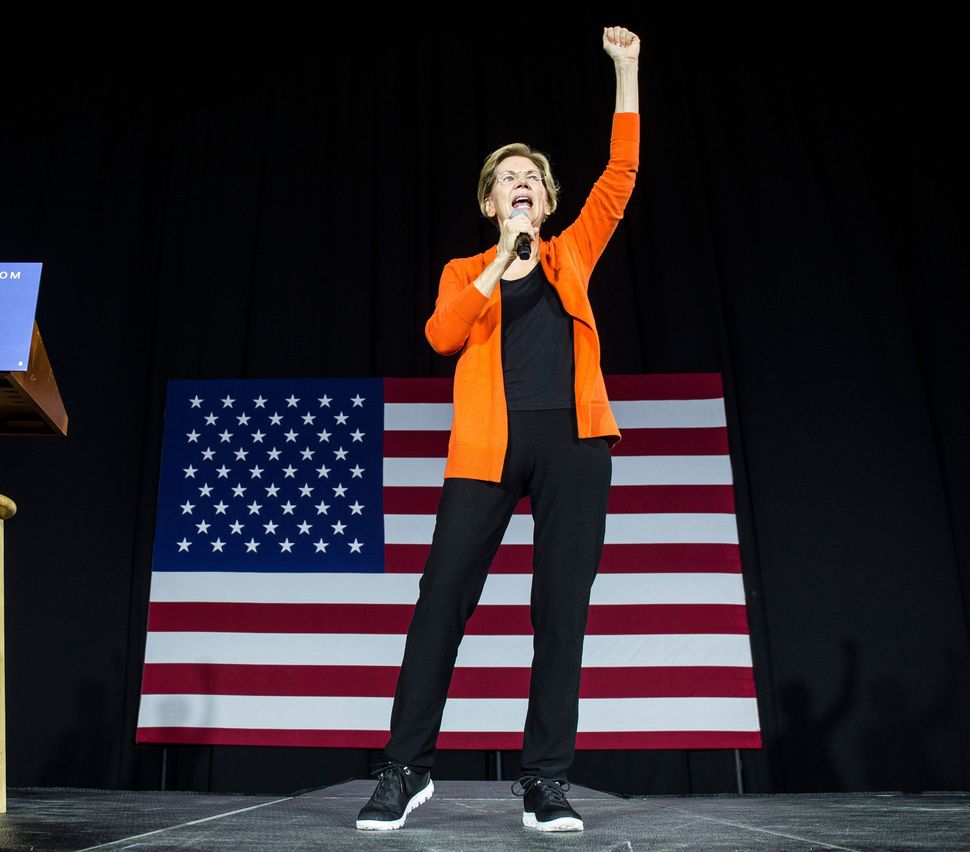 Sen. Elizabeth Warren said on Sunday that she would be open to cutting military aid to Israel, making her the latest leading figure in the Democratic presidential primary to make such a statement.

Sen. Elizabeth Warren: “It is the official policy of the United States of America to support a two-state solution, and if Israel is moving in the opposite direction, then everything is on the table.” pic.twitter.com/GjumaLoZ9k

Fellow Democratic candidates Sen. Bernie Sanders of Vermont and Pete Buttigieg, mayor of South Bend, Indiana have also said this year that they would be open to reexamining aid to Israel.

Israelis “absolutely the right to live in peace, independence and security,” Sanders said in July on the podcast Pod Save America, but added that under Netanyahu, Israel had an “an extreme right-wing government with many racist tendencies,” and he would consider using American military aid as leverage.

Buttigieg has said that if Israel proceeded in annexing portions of the West Bank, as Netanyahu had pledged to do, the prime minister “should know that a President Buttigieg would take steps to ensure that American taxpayers won’t help foot the bill.”

Warren, Sanders and Buttigieg are polling in second through fourth places in the Democratic primary, according to the respected Real Clear Politics polling average.

Aiden Pink is the Deputy News Editor for the Forward. Contact him at pi[email protected] or on Twitter, @aidenpink.