Bernie Sanders: ‘It’s No Longer Good Enough For Us To Be Simply Pro-Israel’ 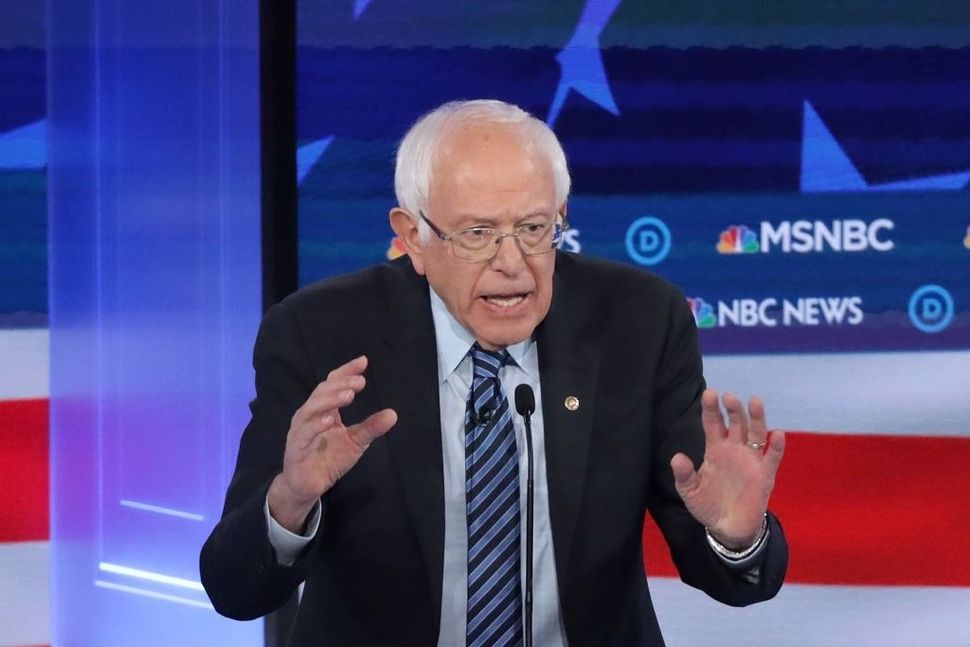 The United States should rethink its policies toward Israel and the Palestinians, Sen. Bernie Sanders said in a Democratic primary debate on Wednesday.

“It is no longer good enough for us to be simply pro-Israel,” Sanders said. “I am pro-Israel. But we must treat the Palestinian people as well with the respect and dignity they deserve.”

In the last few weeks, Sanders has made clear how his foreign policy approach toward the Israeli-Palestinian conflict would be different both from President Trump and from past Democratic presidents.

Speaking at the J Street conference late last month, Sanders said that he would put conditions on American military aid to Israel, saying that some of the funds “should go right now into humanitarian aid in Gaza.”

And in an op-ed for the magazine Jewish Currents, Sanders stressed the importance of Israel ending its occupation of Palestinian-claimed lands, and called on the two sides to recognize the legitimacy of each other’s historical grievances. “The forces fomenting anti-Semitism are the forces arrayed against oppressed people around the world, including Palestinians; the struggle against anti-Semitism is also the struggle for Palestinian freedom,” he wrote.

Bernie Sanders: ‘It’s No Longer Good Enough For Us To Be Simply Pro-Israel’