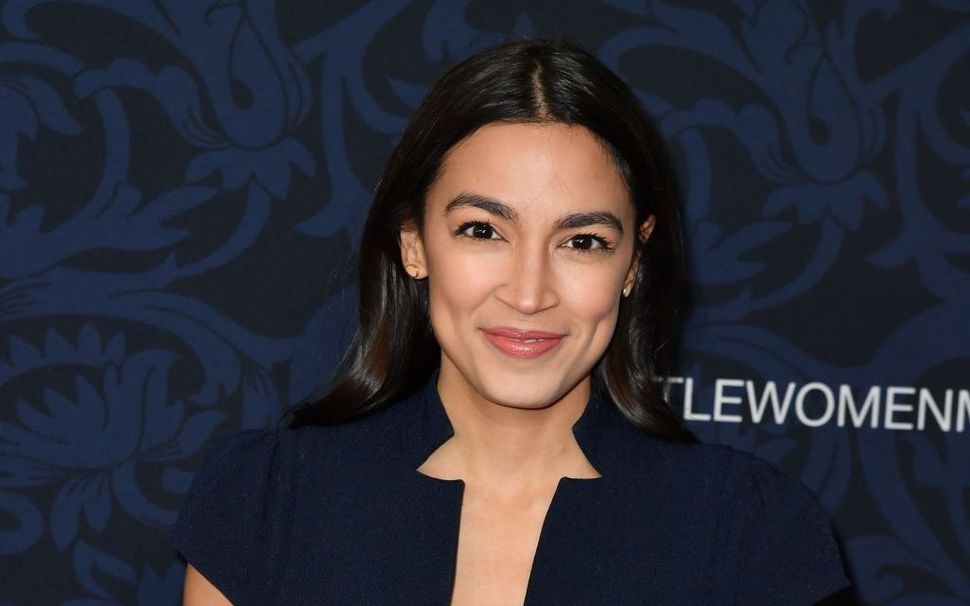 Rep. Alexandria Ocasio-Cortez arrives for the “Little Women” world premiere at the Museum of Modern Art in New York on December 7, 2019. Image by ANGELA WEISS/AFP via Getty Images

Rep. Alexandria Ocasio-Cortez shared a campaign video made by Britain’s Labour Party on Thursday, the day of the British election.

“The hoarding of wealth by the few is coming at the cost of peoples’ lives,” she wrote. “The only way we change is with a massive surge of new voters at the polls. UK, Vote!”

While Ocasio-Cortez did not directly endorse Corbyn in her message, Corbyn himself retweeted her post.

This video is about the UK, but it might as well have been produced about the United States.

The hoarding of wealth by the few is coming at the cost of peoples’ lives.

The only way we change is with a massive surge of *new* voters at the polls. UK, Vote!pic.twitter.com/N5JYaVGCBs

Corbyn has been criticized for years for what many in the Jewish community see as his failure to combat anti-Semitism within the Labour Party. A poll conducted earlier this year found that 87% of British Jews believed that Corbyn is personally anti-Semitic.

In February, after Ocasio-Cortez tweeted about a phone call she had with Corbyn, Jewish activist Elad Nehorai tweeted at her to inform her of the Jewish community’s perspective. Ocasio-Cortez responded, and they talked on the phone about it for 45 minutes the following month, JTA reported.

Hi @PopChassid – thank you for bringing this to me. We cannot + will not move forward without deep fellowship and leadership with the Jewish community. I’ll have my team reach out. ?

Nehorai and Ocasio-Cortez’s campaign declined to comment. But the activist seemed to express his disappointment in a tweet published two hours after Ocasio-Cortez’s.

Truly sad to see America’s progressive movements not even acknowledge the fear Jews in Britain are experiencing.

You care about beating Johnson, that makes a lot of sense, and I agree.

I can’t agree with treating Jews as disposable, or the ones speaking up as liars.

For more about Jeremy Corbyn and the Labour anti-Semitism controversy, click here or read the articles below: