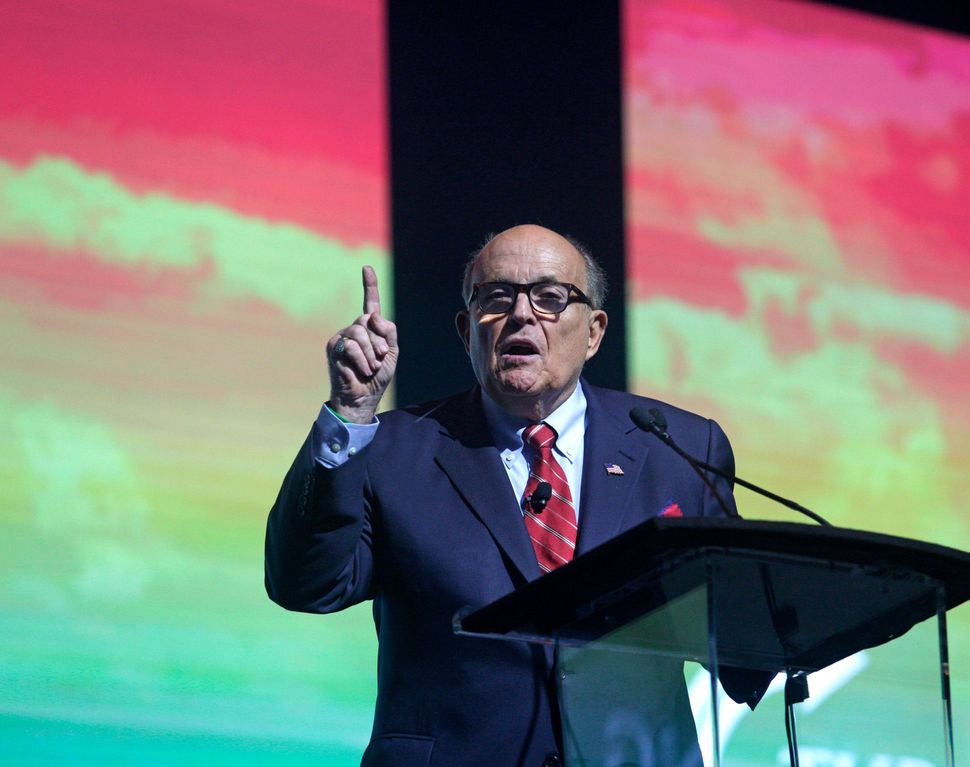 Former New York City Mayor Rudy Giuliani stepped up his criticism of George Soros on Monday, saying in a Fox News Channel interview that the billionaire financier and political megadonor “is intent on destroying our government, for some sick reason of his that goes back to his sick background.”

It is is unclear what exactly Giuliani meant by Soros’ “sick background,” though Soros, who is a Holocaust survivor, has long been the subject of numerous conspiracy theories, including false claims that he collaborated with the Nazis.

The Anti-Defamation League has said that some anti-Soros conspiracy theories, particularly coming from the political right, have devolved into antisemitism.

Giuliani’s previous criticism of Soros has also been accused of bordering on antisemitism, which the former mayor has denied. In 2018, the former mayor called the Jewish philanthropist “the antichrist.”

“Don’t tell me I’m anti-Semitic if I oppose him,” Giuliani said in a December interview with New York Mag’s Olivia Nuzzi. “Soros is hardly a Jew. I’m more of a Jew than Soros is, … He doesn’t belong to a synagogue, he doesn’t support Israel, he’s an enemy of Israel.” Giuliani then went on to accuse Soros of controlling the U.S. media and diplomatic corps.

Born Gyorgy Shwartz in 1930, Soros was the son of an upper-class Jewish family in Budapest. Soros was only 13 years old when the Nazis invaded his home country. He and his family managed to survive the Holocaust by purchasing false documents identifying them as Christians.