Israel’s Olympic baseball team will be training in New York 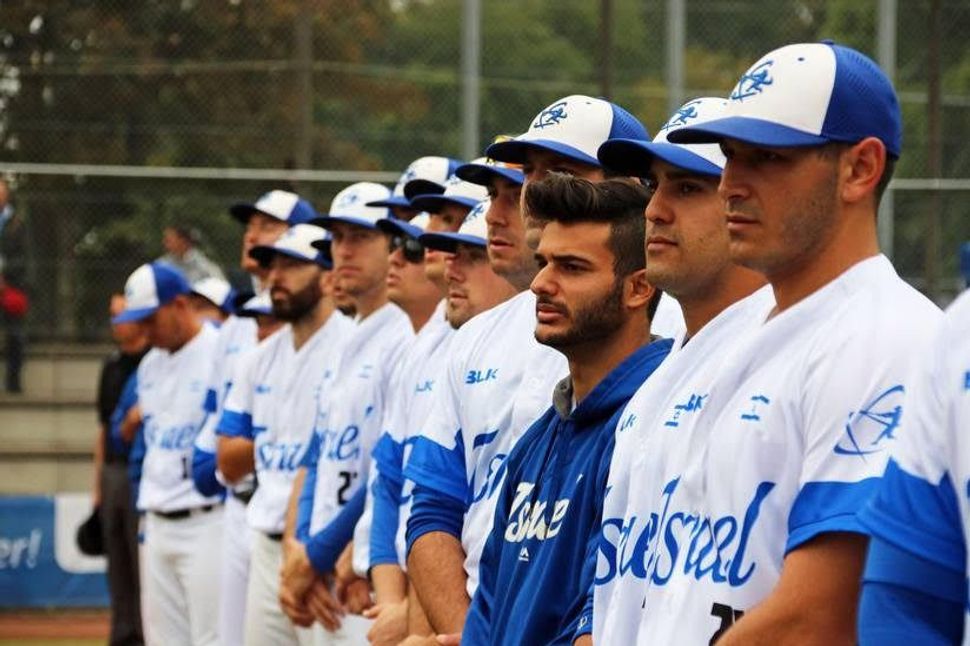 Israel’s national baseball team will be training in New York state ahead of the rescheduled Tokyo Olympics this summer, Israel’s Association of Baseball announced.

The team is partnering with the New York Boulders, a Frontier League team who play in Rockland County, New York.

“The Boulders have graciously welcomed Team Israel to make use of its facilities and home stadium, Palisades Credit Union Park in Pomona, New York, for the start of the camp before a series of exhibition games,” the Israel Association of Baseball said in a statement.

The exhibition games are set to be played in Pennsylvania, Connecticut, Maryland and New York, before traveling to Japan in July.

The trip is somewhat of homecoming for the team’s general manager, Peter Kurz. “As someone who grew up in the New York Metropolitan area, it will be a true homecoming and to bring Team Israel along is a dream come true. I look forward to meeting the fans, and the players are itching to get back on the ball field,” Kurz said.

Kurz isn’t the only one excited to be back in the tri-state area; another New York native is the team’s coach, Eric Holtz.

“As a Westchester resident for 30 years and the head coach of the Israel national team, playing the Boulders in Rockland could not possibly get any better for me,” Holtz said. “Like a homecoming where both of my worlds collide. [I] couldn’t be more excited to get out there and also get the Rockland community behind our boys in blue and white.”

As the winners of a 2019 round robin tournament in Italy, Israel’s team is one of only six national teams that qualified to play for the Olympics.

To represent Israel in Tokyo this summer, all the players have to be Israeli citizens. However, most of the team will likely not be natives of the Mediterranean country. They are Jews from around the world who were able to qualify by acquiring citizenship under the law of return.

“This wasn’t just a group of people, all-stars who came together,” Shlomo Lipetz, one of the Israeli born players, told The Athletic after their 2019 victory in Italy. “It was people who all had a bar mitzvah. We were joking around that everyone will post their bar mitzvah photo.”

“There is no other country like Israel that carries an identity as it does with Jews around the world. We’re not the only team here with citizens that don’t live in the country. There were other teams like Spain that had 22 Venezuelans and two Spaniards. But they didn’t have that connection,“ he added.

When they compete in Tokyo, it will be the first time an Israeli baseball team has made it to the Olympic level and the first that Israel has qualified for a team sport since 1976 when Israel’s soccer team competed in the Olympic Games in Montreal.

Israel’s Olympic baseball team will be training in New York