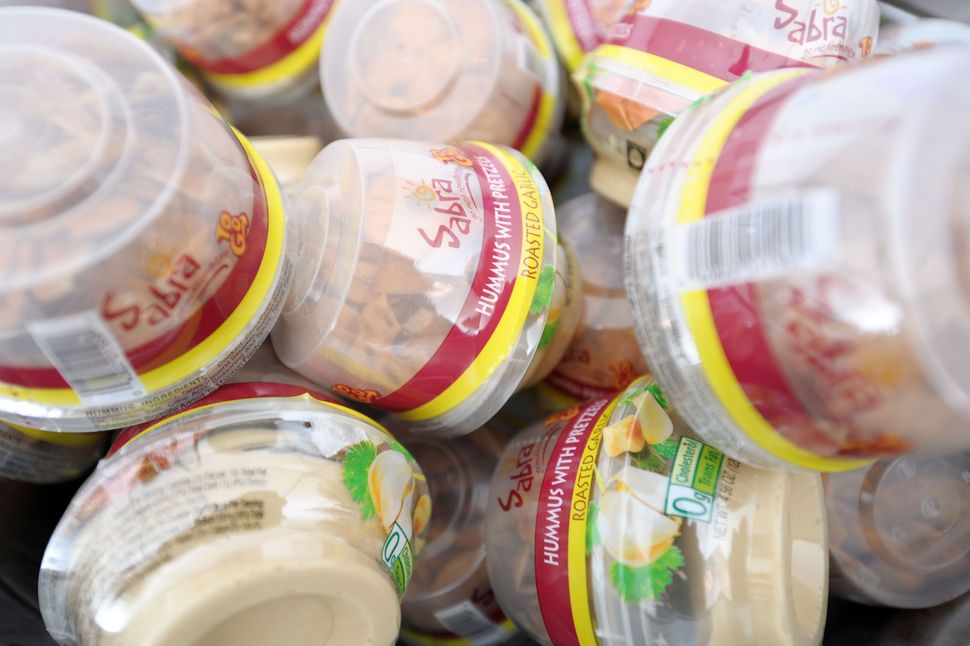 There is a possible solution to Salmonella contamination in your kosher hummus: Shrimp and crabs.

On Monday, Sabra, the world’s leading hummuseria, issued a voluntary recall on some containers of its Classic Hummus, a certified kosher product, for possible Salmonella contamination.

According to a statement by Sabra and the Food and Drug Administration (FDA), approximately 2,100 cases of 10 oz Classic Hummus are possibly contaminated. However, no illnesses or customer complaints have been reported in connection with the recall thus far.

While Salmonella, which is linked to foodborne illnesses like food poisoning, is most commonly found in animal products like raw meat, poultry, eggs, it can also make its way into plant-based products including beans, fruits, and vegetables. This is mostly due to cross contamination with animal products, animal waste or fertilizers. .

But, according to researchers, shrimp and crabs might offer a solution.

A December 2020 study found that chitosan, a biopolymer found in the exoskeletons of crustaceans like shrimp and crabs, can reduce Salmonella cells and function as an antimicrobial agent in certain food products when particular requirements are met.

While many studies have been conducted to test the effectiveness and sustainability of chitosan-based treatments, it is not currently being used to reduce the risk of Salmonella in mass-distributed food products.

All of which raises the question: If chitosan were to be used in your favorite brand of hummus, would it still be Kosher?

According to Rabbi Daniel Cohen , there is no halachic psak, or definitive answer, with the information currently available.

“It would need to be evaluated by the supervising agency of the hummus company together with people who are well-versed in the laws of kashrut,”Cohen said. “If there is residual material from the exoskeletons, then there is a high likelihood that there would be a problem.”

Another source of insight would be the one-sixtieth rule , also known as the rule of bitul shishim , which says that if the contaminating substance is less than one-sixtieth of the whole product, it can be considered nullified.

Cohen added that more research would have to be done to determine what form the crustacean material would take in the food products.

“We would definitely need to know more about the reality on the ground,” he said.

There’s no need to worry about shrimp or crab in your kosher hummus for now. But if you have a package of Sabra Classic hummus on hand, you still might want to exchange it.